All You Need to Know About Indian Judiciary- NCERT Notes UPSC 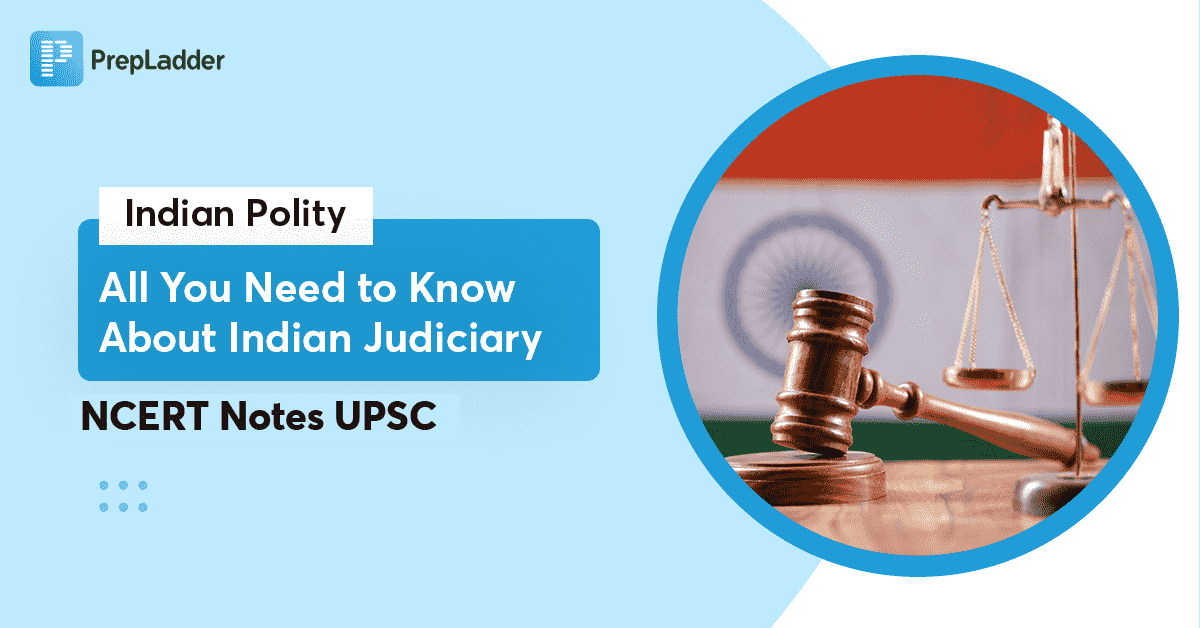 Many times, courts are seen only as arbitrators in disputes between individuals or private parties. But the judiciary performs some political functions also.

Judiciary is an important organ of the government. The Supreme Court of India is one of the most powerful courts in the world. Right from 1950, the judiciary has played an important role in interpreting and protecting the Constitution.

Keep on reading to get in-depth knowledge about the Indian Judiciary and upgrade your UPSC CSE preparation.

Need of an Independent Judiciary

Independence of the judiciary does not imply arbitrariness or absence of accountability. Judiciary is a part of the democratic political structure of the country. It is therefore accountable to:

Protection of the Independence of Judiciary

The Indian Constitution has ensured the independence of the judiciary through several measures:

The Constitution of India provides for:

Judicial activism has flourished in India through PIL or Social Action Litigation SAL.

Impact of Judicial Activism on the Political System:

The negative side to a large number of PILs and the idea of a proactive judiciary:

The Constitution provides two ways in which the Supreme Court can remedy the violation of rights.

Together, the writ powers and the review power of the Courts make the judiciary very powerful.

Here’s a related video on Judicial Independence by M.Puri Sir. Watch the video to get useful insights and upgrade your preparation for the UPSC IAS exam:

Tussle between the Parliament and the Judiciary

Major Issues: Over right to property and the Parliament’s power to amend the Constitution.

Issues Remaining as a Bone of Contention between the two

These are about the scope of judiciary intervention in and regulate the functioning of the legislatures.