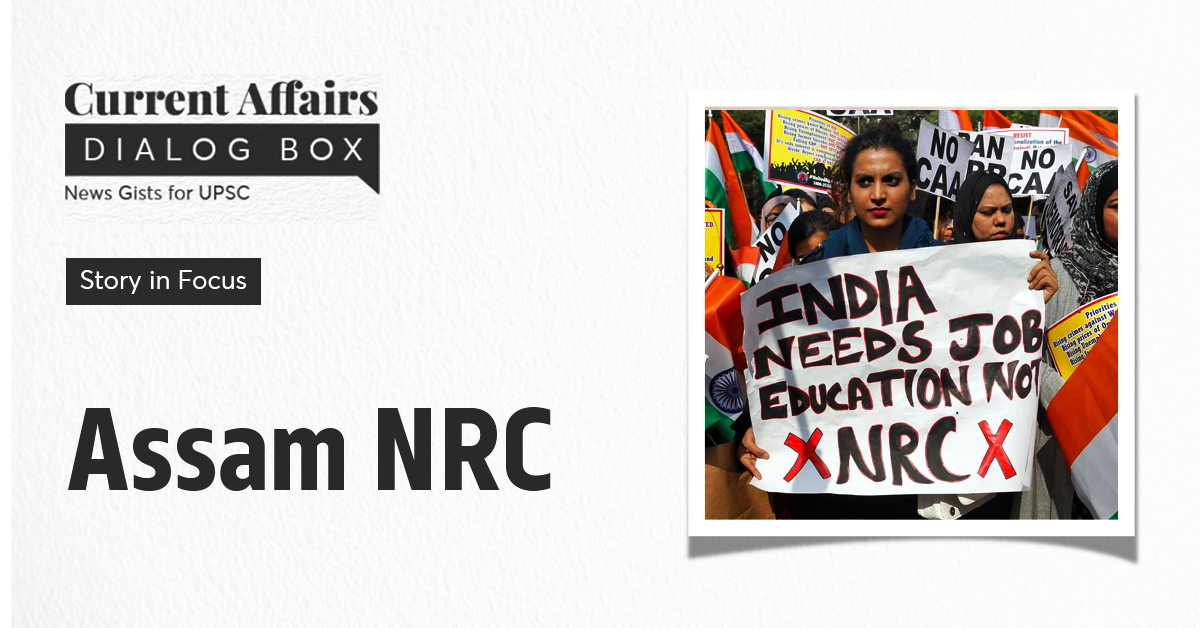 Upgrade your UPSC CSE preparation with our Daily dose of Current Affairs. In today’s edition, we will discuss Assam NRC. Check the topic’s relevance from the UPSC CSE point of view.

Recently, the State Coordinator of the National Register of Citizens (NRC) has reminded members of Foreigners’ Tribunals (FTs) across Assam to not consider the draft NRC and its supplementary list as reliable evidence for the disposal of cases.

About NRC and when did it start?

Also read about the Curbs on Exports of Sugar, a crucial topic from the UPSC exam preparation point of view.

What has sparked the controversy regarding its Status?

Status of the NRC

Stand of the Assam Government on the NRC