Beyond Male And Female, The Right To Humanity - UPSC Current Affairs 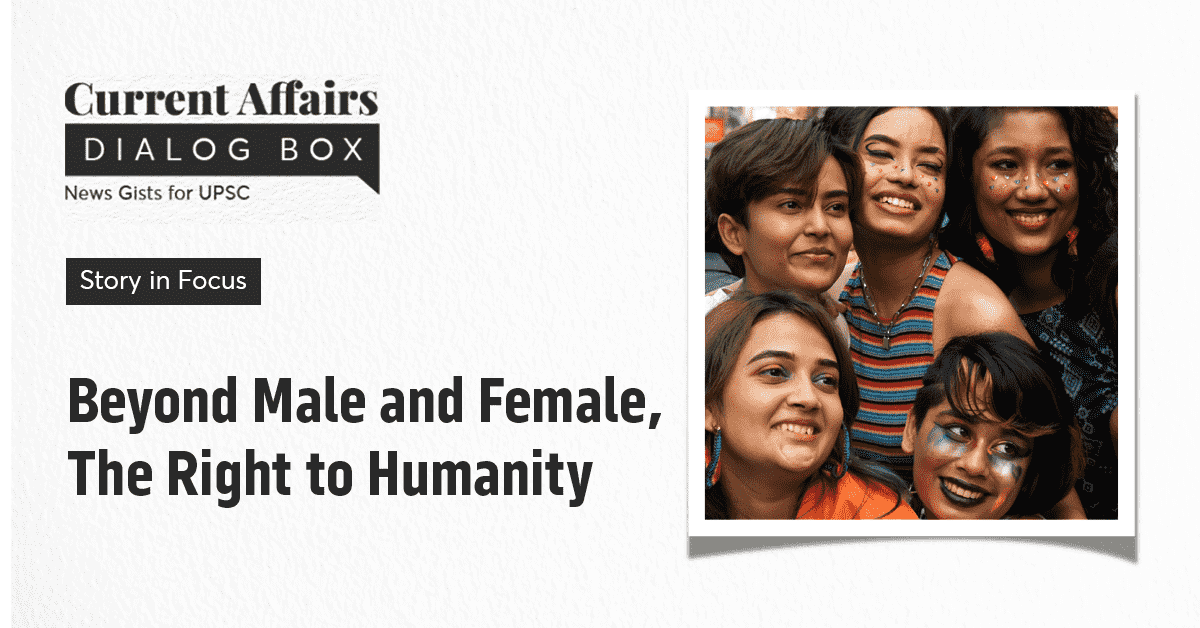 Here’s our today’s edition of Current Affairs Dialog box wherein we will discuss Beyond Male And Female, The Right To Humanity in detail.

Navigate through the article to get useful insights on the topic and enhance your UPSC CSE preparation.

For Mains: Issues Related to Transgenders, Institutions and Bodies constituted for the protection and betterment of vulnerable sections

What is the significance of the NALSA vs Union of India judgment by the Supreme Court? Do you think it is being followed in true letter and spirit?

Observations of the Court

If you are targeting UPSC CSE 2023, then this insightful video will help you crack the IAS exam:

Significance of the Judgment