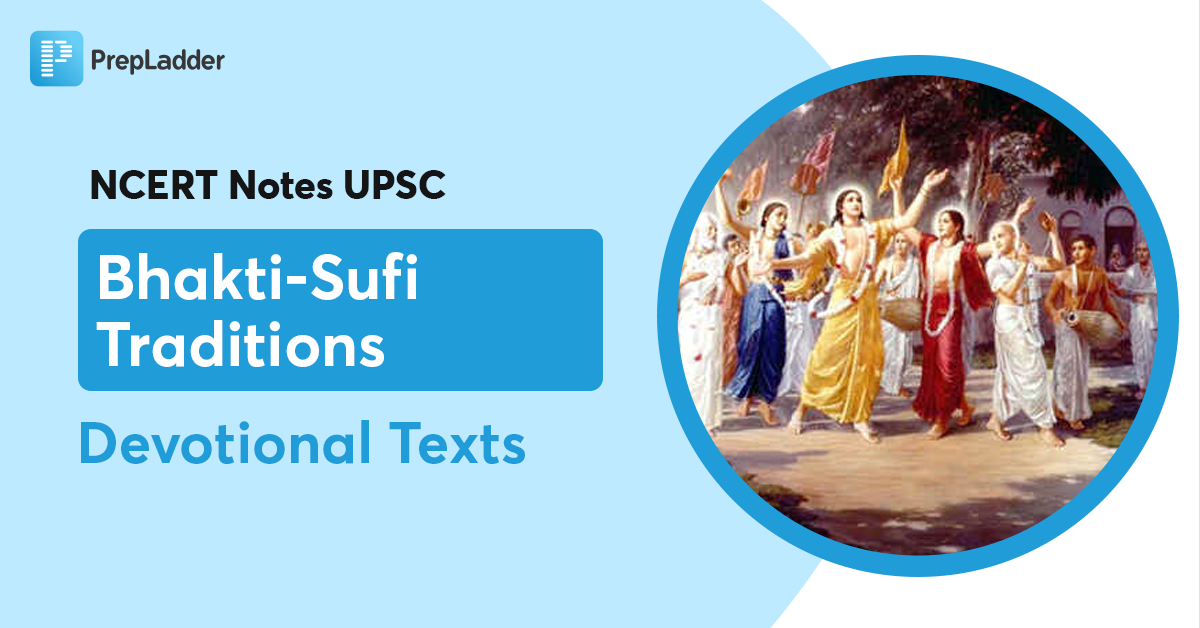 New textual sources available from 8th to 18th century include compositions attributed to poet-saints, most of whom expressed themselves orally in regional languages. These compositions were compiled by disciples or devotees, generally after the death of the poet-saint.

Elevate your UPSC Mains 2022 preparation for History with this detailed article. Dive deep into it to get useful insights on the Bhakti-Sufi traditions and upgrade your UPSC preparation.

Mosaic of Religious Beliefs and Practices

Most striking feature of this phase is the increasing visibility of a wide range of gods and goddesses in sculpture as well as in texts.

The Integration of Cults

It is classified into two categories:

Early Proponents: The Alvars and Nayanars:

Their Attitudes towards Caste:

A striking feature was the presence of women.

Relations with the State

The Virshaiva Tradition in Karnataka

The Growth of Sufism

The Chistis in the Subcontinent

Chistis were the most influential of the groups that migrated to India in the Twelfth Century because they adopted to the local environment and traditions.

Life in the Chishti Khanqah

Sufis and the State

Timeline: Some Major Religious Teachers in The Subcontinent