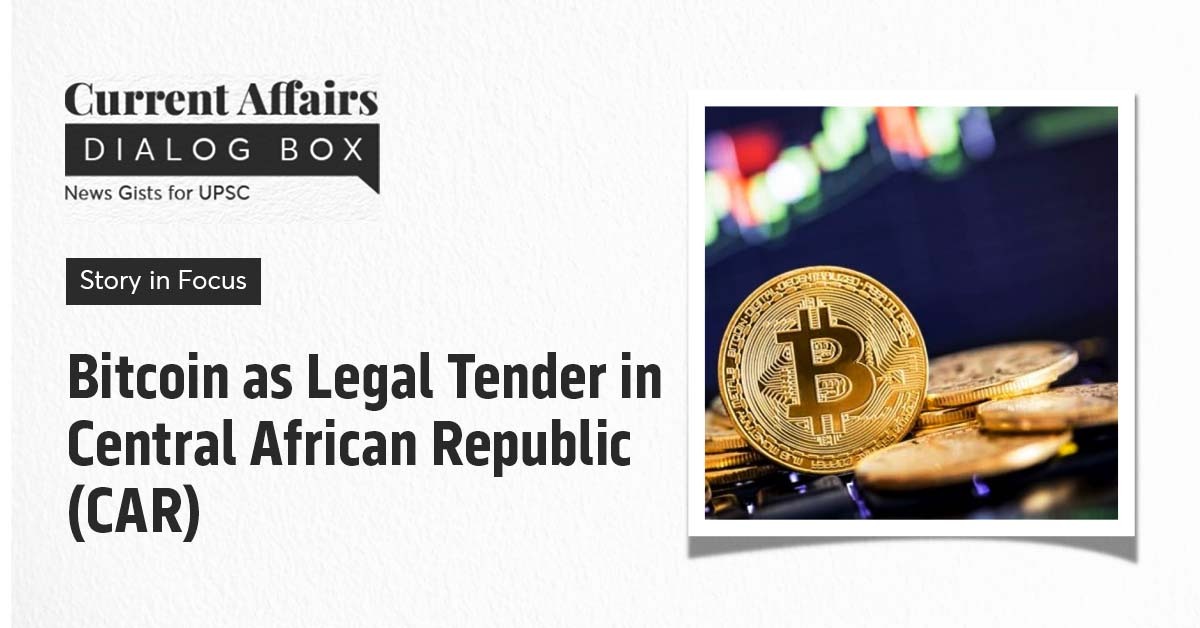 Accelerate your UPSC exam preparation with our daily edition of Current Affairs Dialog Box. In today’s edition, we will talk about the Bitcoin as Legal Tender In Central African Republic and how it is related to the UPSC CSE syllabus. Read to enhance your UPSC CSE Preparation.

Mains:  Awareness in the fields of IT, Space, Computers, Robotics, Nano-technology, Bio-technology and Issues relating to Intellectual Property Rights.

The way forward to tackle the surge in the cryptocurrency in the economy is to regulate them rather than imposing an outright ban. Comment

What has been India’s approach to cryptocurrencies?