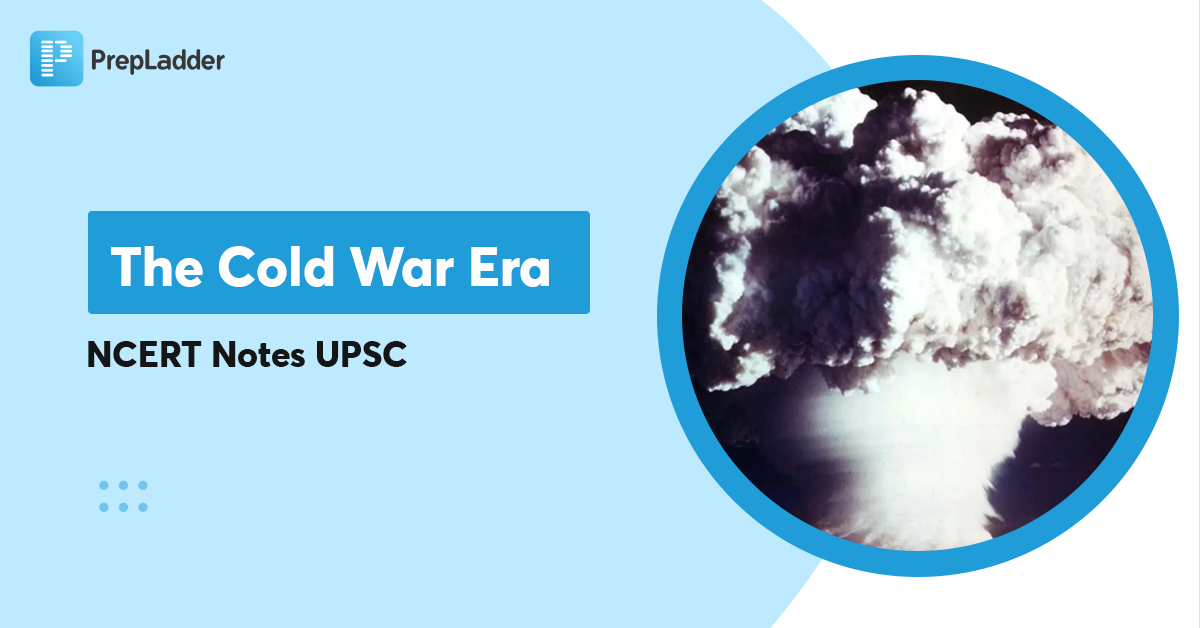 The Cold War referred to the competition, the tensions and a series of confrontations between the United States and the Soviet Union, backed by their respective allies.

Navigate through this detailed article to get valuable insights on the topic and enhance your UPSC Exam Preparation Online. Let’s get started!

The Cold War along with power rivalries, military alliances, and balance of power was accompanied by a real ideological conflict, a difference over the best and the most appropriate way of organizing political, economic, and social life all over the world.

The end of the Second World War was a major landmark in contemporary world politics, amongst other outcomes it set the stage for the beginning of the Cold War.

End of the Second World War

Results after end of the Second World War

The Emergence of Two Power Blocs

After the second world war two world power blocs, led by the US and the USSR arose.

Reasons for Establishment of Alliance System

Resistance to the Alliance System

Benefits of smaller states for Superpowers

the smaller states were helpful for the superpowers in gaining access to:

Arenas of the Cold War

Arenas refer to the areas where crisis and war occurred or threatened to occur between the alliance systems but did not cross certain limits. Certain such instances include:

Impacts of these crises

Bipolarity is a term used to describe the system of world order during Cold War, where Global Influence was spread between two states of US and USSR.

This, came in the form of Non-Aligned Movement (NAM)

Enhance your UPSC CSE preparation with a detailed video lecture on Trends of Relation Between The British & Native States, by Hemant Jha Sir, our faculty for History:

India in NAM during the Cold War

Also, as a leader of NAM, India’s policy was not that of fleeing away from world affairs but involved active participation in world affairs to ease out the rivalries. India played an active role, in preventing differences to rise to a full-scale war. India also tried to involve other international organizations, which were not part of the alliance system to partner in this pursuit.

Positive impacts of NAM on India

With time and circumstances NAM has lost some of its’ earlier relevance, however apart from being a movement it was based upon the core ideas that small nations could become powerful if united and democratization of international order to bridge inequalities.

A brief about the founding fathers of NAM: