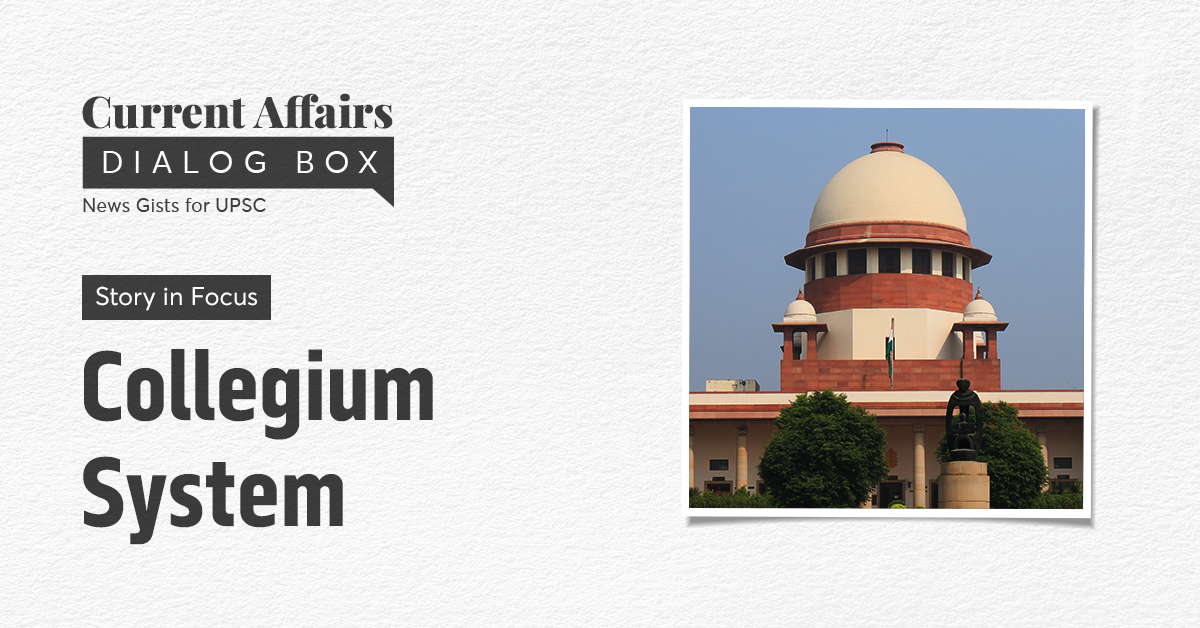 In today’s edition of our Current Affairs Dialog Box- News Gist for UPSC, we will discuss Collegium System, why it was in the news recently so that you can align your UPSC exam preparation accordingly.

Recently, the Government has been questioned by the Supreme Court about the delay in clearing Collegium recommendations for judicial appointments to various High Courts.

Institutional Reforms in Judiciary are long overdue while safeguarding its independence. Critically analyze.

Also read: Must Know Articles of the Indian Constitution

Role of Government in Collegium System

Arguments in favour of Collegium System

Government Efforts towards Transparency in the appointment of Judges