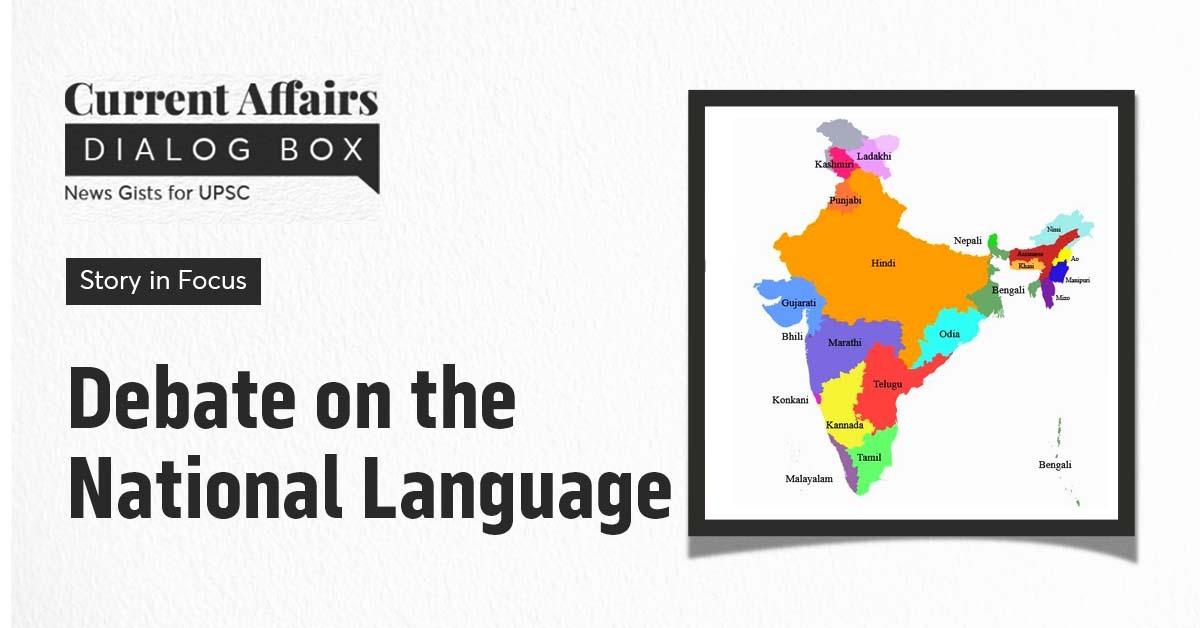 Accelerate your UPSC exam preparation with our daily edition of Current Affairs Dialog Box. In today’s edition, we will talk about the Debate On The National Language and how it is related to the UPSC CSE syllabus. Read to enhance your UPSC CSE Preparation.

Remarks by a Hindi actor to the effect that Hindi is the national language of India, sparked a controversy recently over the status of the language under the Constitution.

The language question is not just about imposition but about distortion of an individual’s cultural identity. Comment

What is the status of Hindi?

What is the Eighth Schedule?