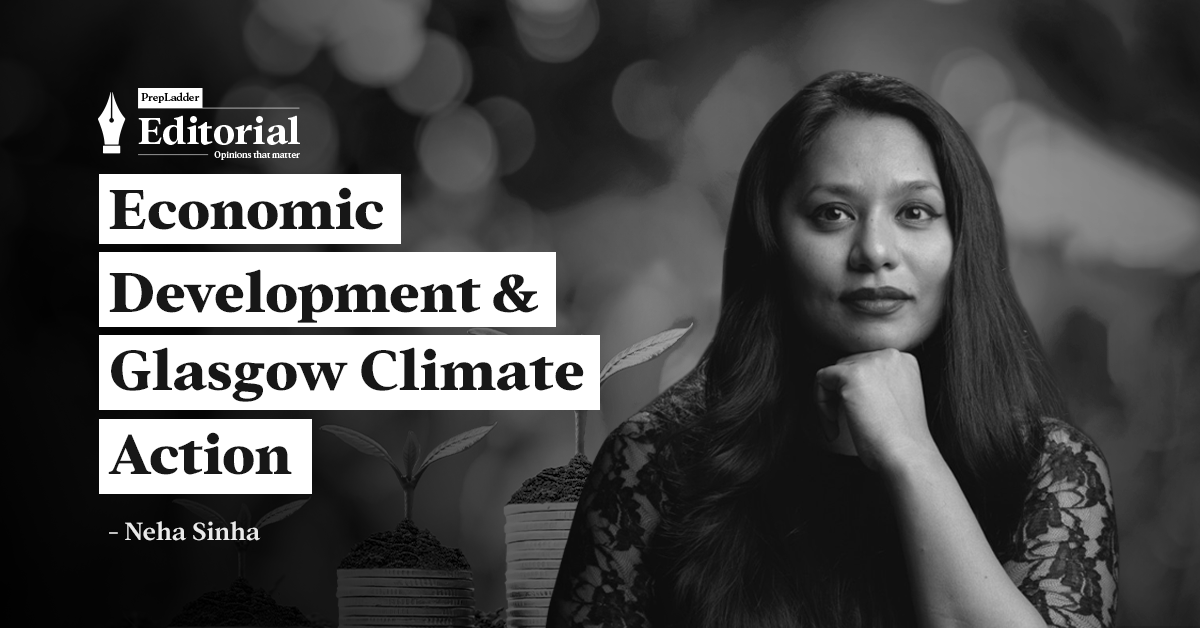 Last year, India took part in a United Nations Framework Convention on climate change, at the 26th Convention of Parties, or COP26. At this meeting, the Glasgow climate pact was agreed on. In essence, this pact recognized that global warming needs to be arrested at 1. .5 °C. If we have a rise of 2 °C, the impacts will be disastrous, the pact noted. Thus, most of the Glasgow pact is geared towards limiting temperature after finding that human activities have caused around 1.1 °C of global warming to date, with impacts of climate change being experienced worldwide.  India helped push the agreement on phasing down coal. This was a significant commitment, as India is a primarily coal-fired economy and has never given a concrete timeline for phasing away coal.

“Calls upon Parties to accelerate the development, deployment and dissemination of technologies, and the adoption of policies, to transition towards low-emission energy systems, including by rapidly scaling up the deployment of clean power generation and energy efficiency measures, including accelerating efforts towards the phasedown of unabated coal power and phase-out of inefficient fossil fuel subsidies, while providing targeted support to the poorest and most vulnerable in line with national circumstances and recognizing the need for support towards a just transition;”

Prime Minister Narendra Modi announced, on November 1 at Glasgow, a ‘Panchamrit solution’ which aims at reducing fossil fuel dependence and carbon intensity (reduction of one billion tonnes of total projected carbon emissions by 2030 and reducing carbon intensity by 45% by 2030), ramping up its renewable energy share to 50% by 2030, achieving a net-zero economy by 2070, increasing non-fossil (coal and others) to 500 GW by 2030.

This is important as the Glasgow climate pact calls for limiting global warming to 1.5 °C which requires rapid, deep and sustained reductions in global greenhouse gas emissions, including reducing global carbon dioxide emissions by 45 per cent by 2030 relative to the 2010 level. It also calls for net zero around mid-century. India’s commitment for net-zero is for approximately 20 years later, for 2070.

Most of these targets are technological, to do with energy use. However, there is also an important commitment under the Glasgow climate pact on conserving and restoring nature and ecosystems.

The mitigation aspect of the Glasgow Climate pact calls for:

‘Emphasizes the importance of protecting, conserving and restoring nature and ecosystems, including forests and other terrestrial and marine ecosystems, to achieve the long-term global goal of the Convention by acting as sinks and reservoirs of greenhouse gases and protecting biodiversity, while ensuring social and environmental safeguards;’

India has to tackle climate change through actions on mitigation (reduction of impacts of climate change) and adaptation (building our resilience to climate shocks). But, we also need to grow as an economy and meet our development needs.

While we need to make a technological shift to cleaner energy sources (solar, wind etc.) we also need to ensure we don’t further degrade the environment. True climate action would entail both restoring and maintaining healthy ecosystems as well as a phase-down of coal.

A recent report on forests of India has been criticized on the count that it shows a lot of forest for India, but these areas are not forests and neither are they protected as forest. The Forest Survey of India conducts an estimation of Indian forest every two years, through a combination of satellite imagery and ground-truthing. The survey found that India has a forest cover of over 7.3 lakh square kilometres (about 21 percent of our geographical area), which is a slight increase from the last forest estimation. However, many discrepancies have also come to light. Many areas that are not forest, or not managed as forest, have been included in the forest survey estimation. These include tea estates, coffee estates, even parks in New Delhi. What does this mean? In simple words, it means that this ‘forest’ can be cut down or removed at any time as its express purpose is not towards being a forest. This overestimation of our forests needs to be corrected. It would be most useful if the health of our forests is also assessed. As of now, areas that look ‘green’ are being given more value than needed.

At the same time, forests are also being cut down for various infrastructure projects. The proposed Ken-betwa river interlinking in Madhya Pradesh will cut about 23 lakh trees. The project entails moving water from the Ken river to the Betwa river, but it is not clear how much water Ken has to spare. In effect, this is an engineering project which will go against natural ecosystems. What we need today is to plan development in a way that does not significantly damage ecosystems, and attempts conservation and restoration as stipulated by the Glasgow pact.

For this, we need careful and thoughtful planning. India has been urging developed country Parties to scale up and provide climate finance, technology transfer and capacity-building for adaptation, as agreed at various UNFCCC meetings. At COP26 it also asked for a work program on a new collective quantified goal on finance. However, if the developed countries do not cough up the money anytime soon, India still has to make conservation along with growth a national and individual priority for the sake of its own people.