Electoral Bonds Scheme and The Challenges 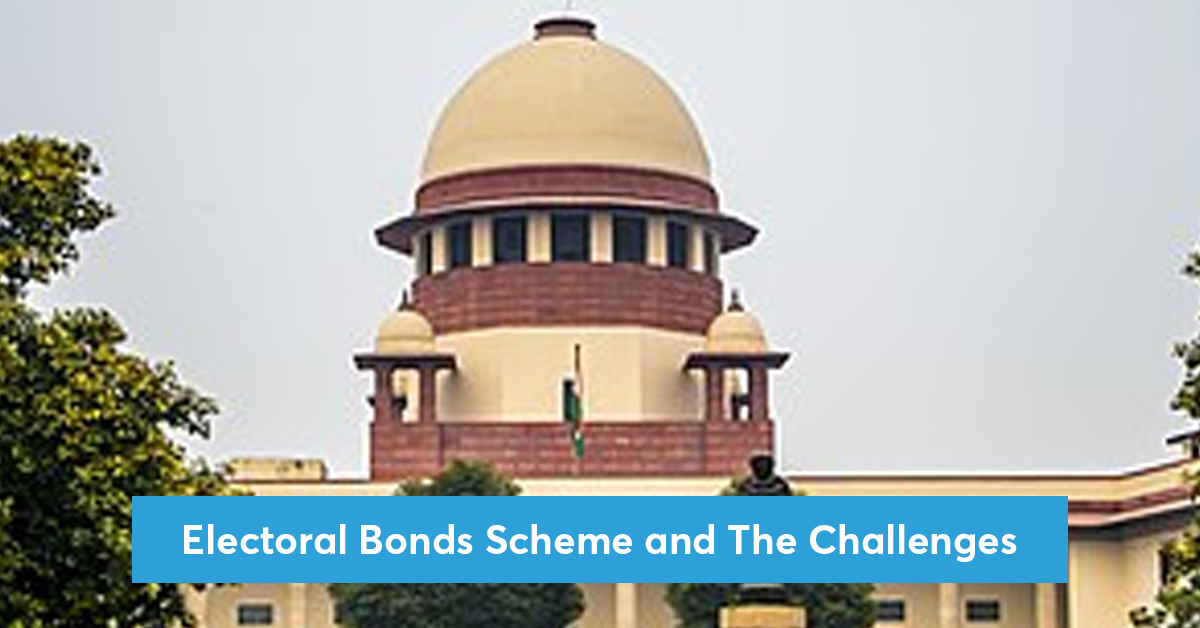 Upgrade your UPSC CSE preparation with our daily dose of Current Affairs. Today we will discuss Electoral Bonds Scheme and The Challenges. Read further to upgrade your UPSC CSE knowledge and also understand the topic’s relevance to the UPSC syllabus.

For Mains: The electoral bonds scheme and the challenges, Criticism for the Electoral Bond Schemes

Why did the government introduce the Electoral Bonds Scheme? Also, throw some light on the criticism it is facing.

The petition filed by the Association for Democratic Reforms (ADR) challenging the Center’s electoral bonds Scheme, has recently appeared on the cause list of the Supreme court.

About the Electoral Bonds Scheme

Criticism for the Electoral Bond Schemes