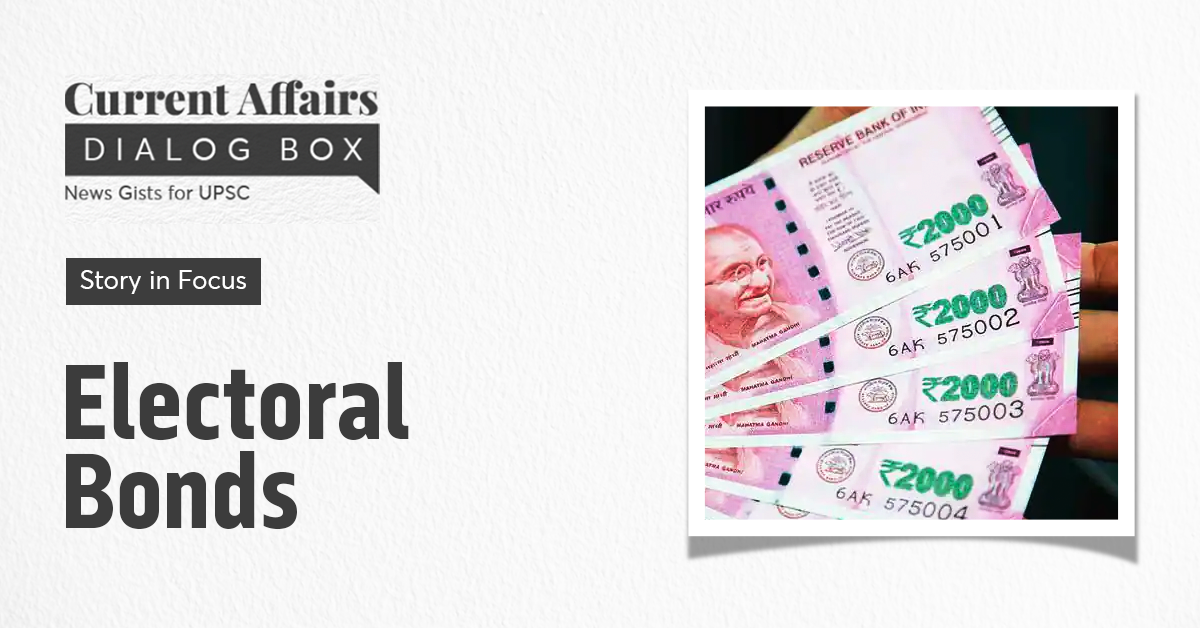 Upgrade your UPSC CSE preparation with our Current Affairs Dialog box, wherein we discuss topics that are crucial from the CSE point of view. In today’s edition, we will discuss Electoral Bonds as they form an integral part of the UPSC exam preparation.

Below-listed are the study areas that are relevant from the Prelims and Mains point of view preparation.

For Mains: Salient Features of the Representation of People’s Act

Recently, the Chief Justice of India has assured petitioners that the Supreme Court will take up for hearing a pending plea challenging the Electoral Bond Scheme, 2018.

Electoral Bonds violate the ‘right to know’ of citizens and voters and thus jeopardize the spirit of electoral reforms. Comment

What are Electoral Bonds?

What does the Election Commission think of electoral bonds?