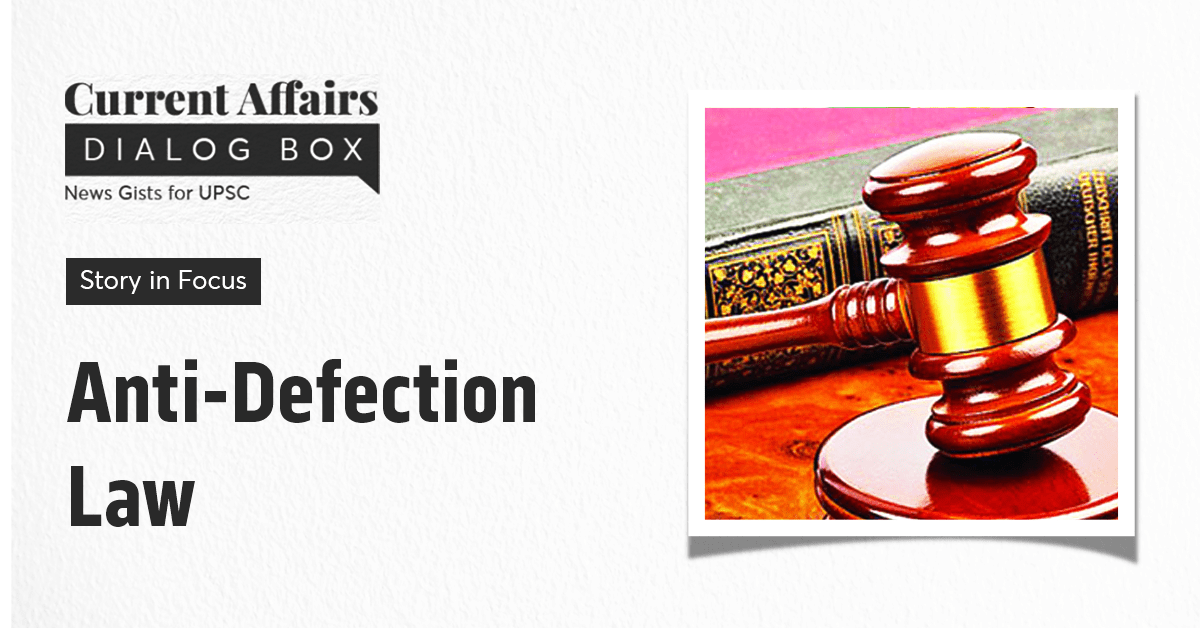 It’s time to give a boost to your UPSC CSE preparation with our Daily edition of Current Affairs. Today we will discuss Anti Defection Law in the backdrop of Maharashtra’s political upheaval and its relevance to the UPSC CSE syllabus.

For Prelims: Anti-defection Law and 10th Schedule of Indian Constitution

In the backdrop of Maharashtra’s political upheaval, Anti-defection law once again became a topic of debate.

Anti-Defection Law failed to serve its purpose. Do you agree? Give your opinion in the context of recent developments in various states in the country.

The Exception under the Tenth Schedule

Significance of the Anti-Defection Law

Challenges in the Anti-Defection Law

Criticism of the Anti-Defection Law

Source: The Indian Express, The Hindu