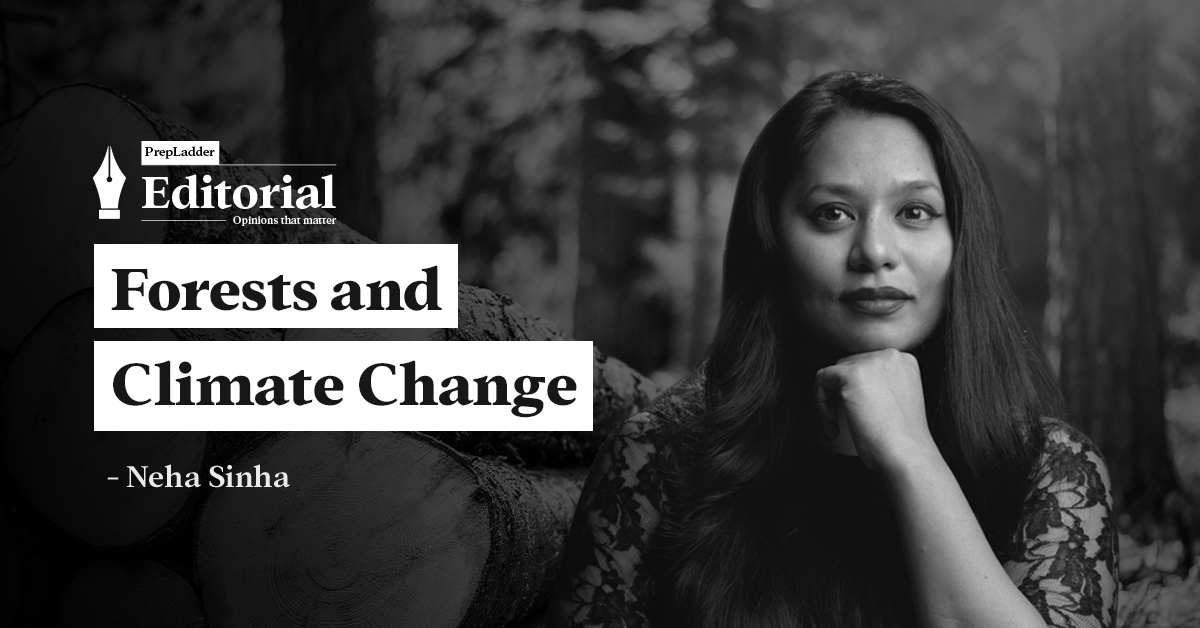 In the face of massive biodiversity loss and a warming climate, the Ministry of Environment, Forests and Climate Change have constituted a task force to look into proposed changes to the National Forest Policy, 1988, and Forest Conservation Act, 1980.

The purpose of the task force is dual. Firstly, to review the existing law and policy on forests. The second term of reference is to find linkages between National Forest Policy, 1988, and Forest Conservation Act and agroforestry policies.

New Findings of IPCC: We are going through the hottest phase in recorded history

The Intergovernmental Panel on Climate Change (IPCC), which is a United Nations-backed body producing scientific reports on climate change, came out with the very latest climate scenario in April 2022.

Not only does this report reflect on climate change, but it has important advice for policymakers on mitigating climate change.
The report finds that total net anthropogenic Greenhouse gas emissions +have continued to rise during the period 2010–2019, and so have cumulative net CO2 emissions since 1850. The world is getting hotter like never before. Average annual Greenhouse gas emissions during 2010-2019 were higher than in any previous decade.

In short, if these trends are anything to go by, hotter times are coming. So where do forests come in?

The IPCC suggests the following options for dealing with climate change. “Land-based options such as reforestation and forest conservation, avoided deforestation and restoration and conservation of natural ecosystems and biodiversity, improved sustainable forest management, agroforestry, soil carbon management and options that reduce CH4 and N2O emissions in agriculture from livestock and soil, can have multiple synergies with the Sustainable Development Goals,” it says.

If we were to unpack what the IPCC suggests to policymakers, this includes a pro-active and re-active approach to forestry. It is suggesting we both need to reforest areas and conserve existing forests. It is also suggesting we need to avoid deforestation, that is, say no to projects, plans or infrastructure that destroys forests.

In the context of a warming planet, we also need forests to stop the degradation of the earth. The IPCC report adds:

“These include enhancing sustainable agricultural productivity and resilience, food security, providing additional biomass for human use, and addressing land degradation. Maximising synergies and managing tradeoffs depend on specific practices, the scale of implementation, governance, capacity building, integration with existing land-use, and the involvement of local communities and Indigenous Peoples and through benefit-sharing supported by frameworks such as Land Degradation Neutrality within the United Nations Convention to Combat Desertification.”

What Next for Indian Forest Legislation?

In understanding the role of forests in the context of climate change, it is clear we need to keep our forests and grow new forests. In this regard, the Government’s task force needs to separate agroforestry as economic activity from forests as a conservation activity.

Agroforestry is the practice of growing forests on agricultural land. Farmers can use agroforests for wood, fruit and other products. While the forest stands, it can help in micro-climate regulation, carbon sequestration and groundwater recharging. But these agroforests need to be separated from other forests that India saves for the purposes of conservation. For the latter, the purpose has to be to keep the forest as it is for ecosystem services and carbon storage – and not for the extraction of trees.

The task force also needs to consider the advice of ecologists on the proposed changes to the Forest Conservation (FC) Act, 1980.

1. Right of Way – the proposed changes to the FC Act include Right of Way for PWD, NHAI, Railways or other agencies and exemption of land acquired before 25.10.1980 from the purview of the Act. Environmentalists have stressed that roads, railways or public works should not be exempt from the FC Act. It is worth noting that linear projects like railways and highways have serious impacts on wildlife. These impacts are related to direct mortality as well as the spread of invasive species, edge impacts and light and noise pollution.

However, it is important to note that zoos, safaris and forest training infrastructures are not site-specific activities. These can come up in any place and need not come in a forest area. Rather, zoos, safaris and forest training campuses should be made in newly acquired non-forest land, and the area should be restored or rewilded to create new green belts. This could be areas around existing forest land. The scientific restoration or greening of such areas can add to the overall ecosystem services of the area. It is also to be noted that eco-tourism or safari tourism requires considerable infrastructure such as buildings, enclosures, wall constructions, use of groundwater, parking area, and roads and may obstruct the free passage of wildlife if they come up in forest areas. Light, noise and garbage pollution also increase the impacts of such activities.

3. Extended reach drilling and survey activities– the proposed changes to the FC Act suggest excluding extended reach drilling and survey activities (for oil and gas) from the purview of the Act. Ecologists have stressed that these activities should be within the purview of the FC Act and proposals for the same should go through the normal consideration process of the Environment Ministry.

As the planet heats up, it is clear that forests can help us reach our climate goals. In this regard, what India, a rising economy, does to save forests and avoid deforestation will be watched by the entire world.