Gaming and Banning: On Ban on Online Games 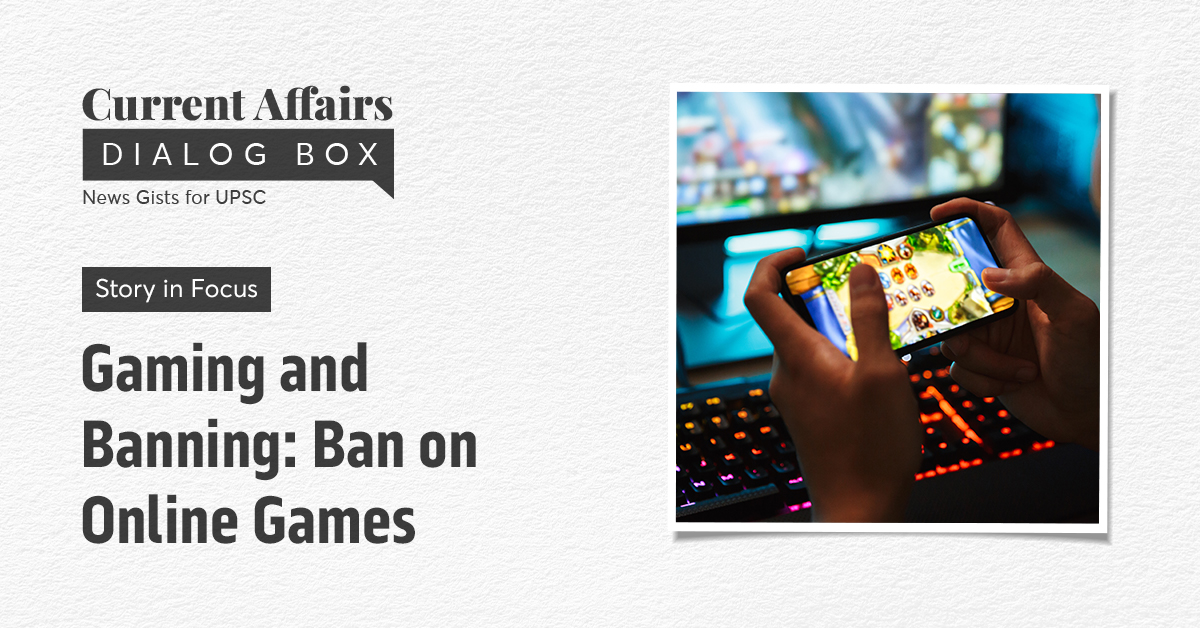 To enhance your UPSC exam preparation, in this series of our Current Affairs Dialog Box- News Gists for UPSC, we will discuss Gaming and Banning, Laws related to Gambling, Betting and Lottery, etc.

Other States with Similar Laws

Why are States Resorting to Banning Online Games?

Is Regulation on Online Gaming a Better Idea?

Shifting of users to grey or illegal offshore online gaming apps not only results in loss of tax revenue for the State and job opportunities for locals but results in users being unable to avail remedies for any unfair behaviour or refusal to pay out winnings.

The regulation of online games may be a better and proportionate solution rather than an outright ban, and it should be left open for the State government to come up with new legislation dealing with betting and gambling in accordance with the provisions of the constitution.

For more informative articles like this, download the PrepLadder app and get access to well-structured and the most comprehensive study material for Civil Services exam preparation. You can also join our  Telegram channel for UPSC exam preparation to apprise yourself with the latest information about the exam