“God is truth. The way to truth lies through Ahimsa (Non-Violence).” M.K Gandhi 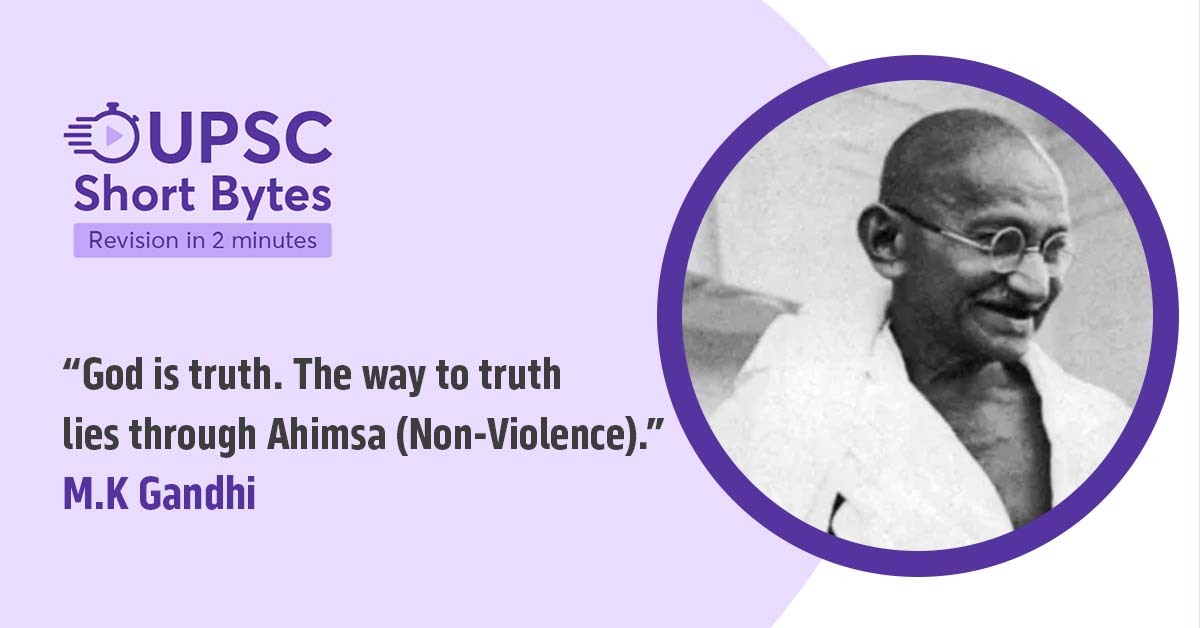 Since UPSC can ask questions from any topic, studying the world’s renowned personalities during the UPSC exam preparation becomes imperative. One such personality is Mahatama Gandhi.

Without an iota of doubt, he has been one of the pivotal figures of Indian Independence. Let’s acquaint you with some essential facts about Mahatama Gandhi that will help you prepare better for the Civil Services exam.

Enhance your Prelims 2022 preparation and get an insight on How to Prepare Art & Culture for Prelims by Hemant Jha Sir, our DREAM TEAM faculty for History: