Governor’s Role in Approving a Bill 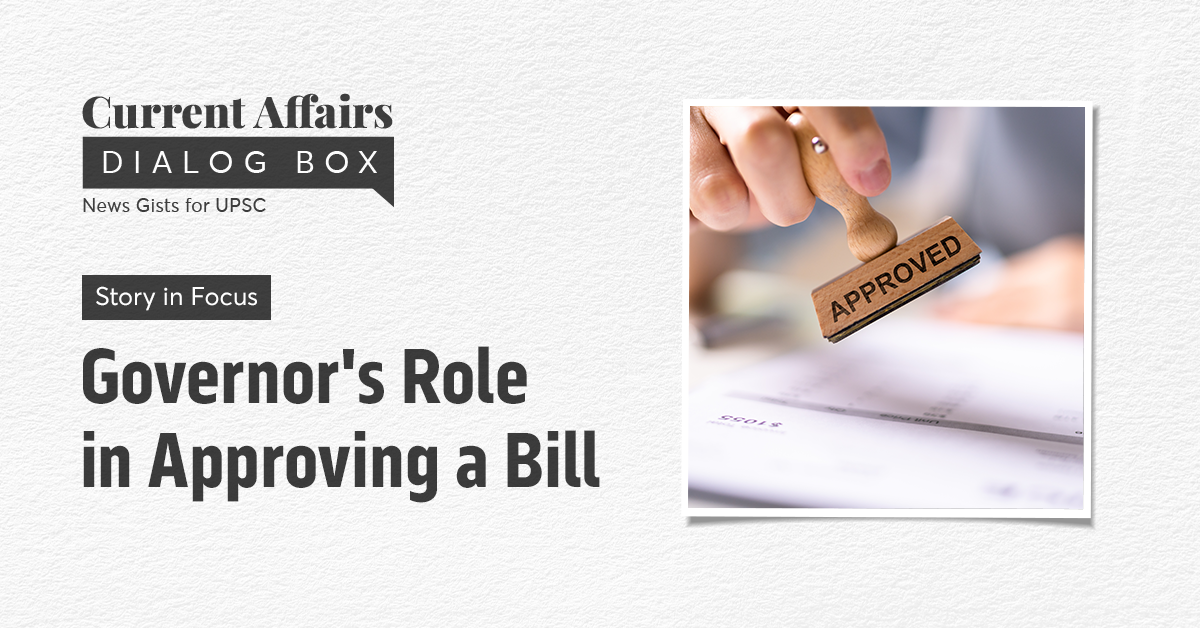 Indian Polity is one of the important subjects of the Civil Services examination and it requires a well-structured study plan during UPSC exam preparation. A crucial subtopic of Indian Polity, “Governor” was in news recently.

Recently, the Tamil Nadu assembly adopted a Bill seeking to grant exemption from the mandatory National Entrance-cum-Eligibility Test (NEET) for seats allotted by the Government in undergraduate medical and dental courses in the State. Earlier the Bill was returned by the Governor for reconsideration of Legislative Assembly.

The position of the Governor has been envisaged in Indian polity to act as a bridge between Centre and States. Analyze

Legislative Powers of the Governor:

When a Bill is sent to the Governor after it is passed by State legislature, he can:

Rationale Behind the Governor’s Withholding Assent on Bill:

What happens when the President considers the Bill?

o Give his assent to the bill;

o Withhold his assent to the bill;

o Direct the Governor to return the bill (if it is not a money bill) for reconsideration of the State legislature.

Although the Governor has been envisaged as an apolitical head who must act on the advice of the Council of Ministers, there are, however, no provisions laid down for the manner in which the Governor and the state must engage publicly when there is a difference of opinion.

In recent years, there have been many instances between the Governor and State Governments largely about the selection of the party to form a government, deadline for proving majority, sitting on Bills, and passing negative remarks on the state administration

Reasons for Conflict between Governor and State Government:

For more informative articles like this, download the PrepLadder app and get access to well-structured and the most comprehensive study material for Civil Services exam preparation.