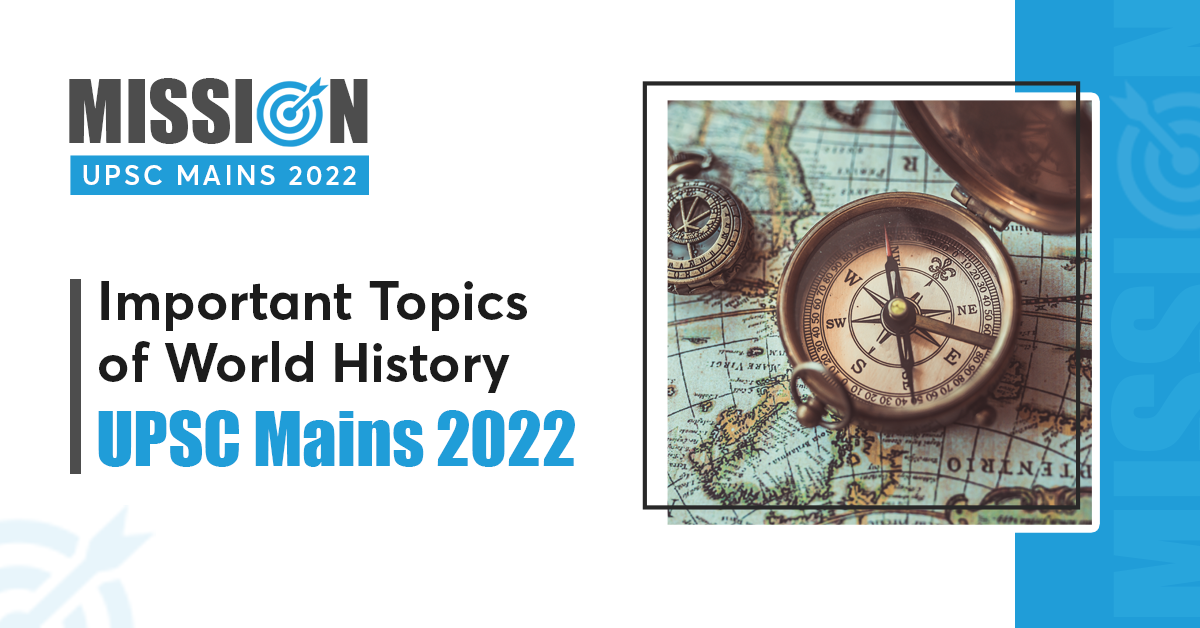 World History in UPSC Mains preparation is a crucial part of General Studies Paper-I titled Indian Heritage and Culture, History, and Geography of the World and Society.

It is a part of the static syllabus; therefore, this section gets many repeated questions. Events that began in the 18th century onwards are considered a part of the syllabus. A benefit of thoroughly studying World History is that it makes preparation for International Relations in General Studies Paper-II easier.

According to UPSC’s official syllabus, “History of the world will include events from 18th century such as industrial revolution, world wars, redrawal of national boundaries, colonization, decolonization, political philosophies like communism, capitalism, socialism etc.— their forms and effect on the society.”

Now let us have a look at the type of questions UPSC asks from candidates.

The UPSC states, “The nature and standard of questions in the General Studies papers (Paper II to Paper V) will be such that a well-educated person will be able to answer them without any specialized study. The questions will be such as to test a candidate’s general awareness of a variety of subjects, which will have relevance for a career in Civil Services.”

This is why UPSC never asks for minute details like figures and dates unless they are extremely important and critical to your answer. It demands a generalist and analytical approach from its candidates. Aspiring IAS officers should be able to analyze the causes and results of every event accurately.

UPSC’s questions in World History might be indirect and analytical in nature. Therefore, it is absolutely necessary to have a thorough understanding of World History.

In fact, a thorough understanding of the entire subject of history can help you grasp and analyze Current Affairs easily. History preparation is really important for Prelims as well. So if you are preparing for UPSC 2023 then make sure that you prepare the subject thoroughly.

Coming back to our objective, let us go through the list of important topics for World History UPSC Mains.

Given below you will find the list of important topics in World History beginning from the 18th century.

Start of the Modern World and end of the Middle Ages

Before we start the important topics under World War I, here is a video you must watch:

The Time Between the Two World Wars

We have come to an end of the list of important topics for World History-UPSC Mains. We hope you found it useful.

To make your World History preparation easier, we have listed below a few recommended books for studying.

To make your preparation easier, here is a list of the most recommended World History Books for UPSC.

These books are highly recommended by experts. Once you have finished reading the topics you need, you must test your knowledge with a few mock tests that are in line with the exam pattern. The importance of mock tests cannot be understated as they help you remember what you have studied longer.

Also read: Why Mock Tests are a Must for UPSC CSE Preparation.

If you need high-quality mock tests, you can find them on the PrepLadder App. In addition, you will find expertly curated notes, and well-planned video lectures comprising India’s top UPSC faculties.

For more interesting topics like World history UPSC, keep following our articles and Telegram channel to keep yourself updated with the latest information about the exam. 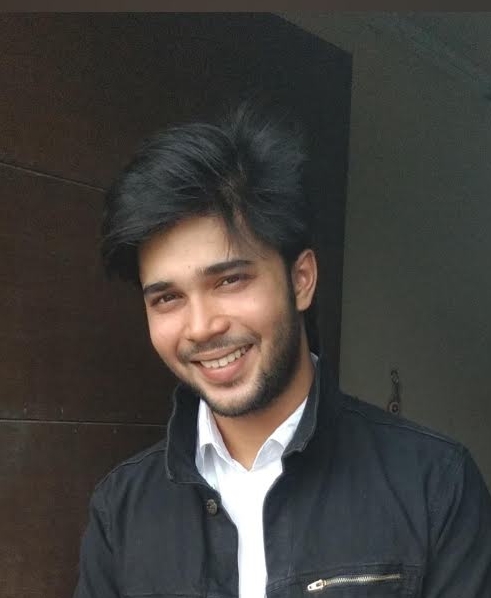 Arindam is a Content Writer who covers the UPSC category at PrepLadder. He aims to help aspirants crack exams and realize their dreams through his work.