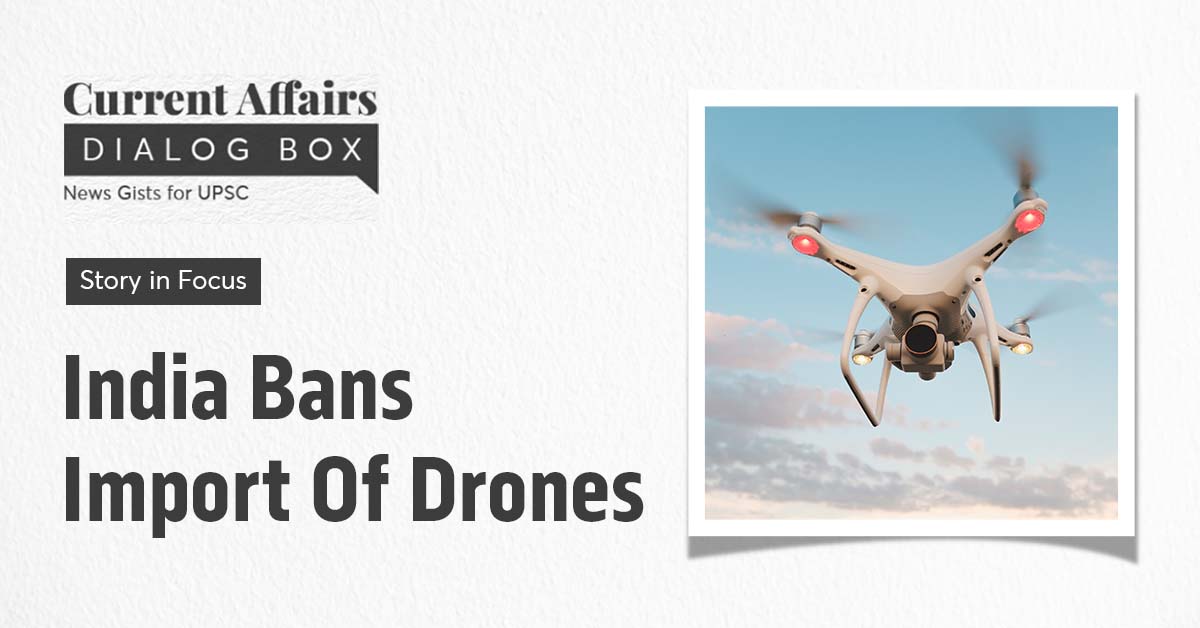 In today’s series of our Current Affairs Dialog Box, we will discuss why India has banned the import of Drones, its relevance from the Prelims and Mains syllabus point of view, and why it should be studied extensively during UPSC exam preparation.

Recently, the Government has banned the import of drones except for R&D, defence and security purposes.

What are the advantages of banning imports of drones? Discuss the measures taken by the government to promote indigenously made drones.

Also, read the Most valuable and productive resource for Prelims 2022 Revision

Measures Taken by The Government to Promote Indigenously Made Drones