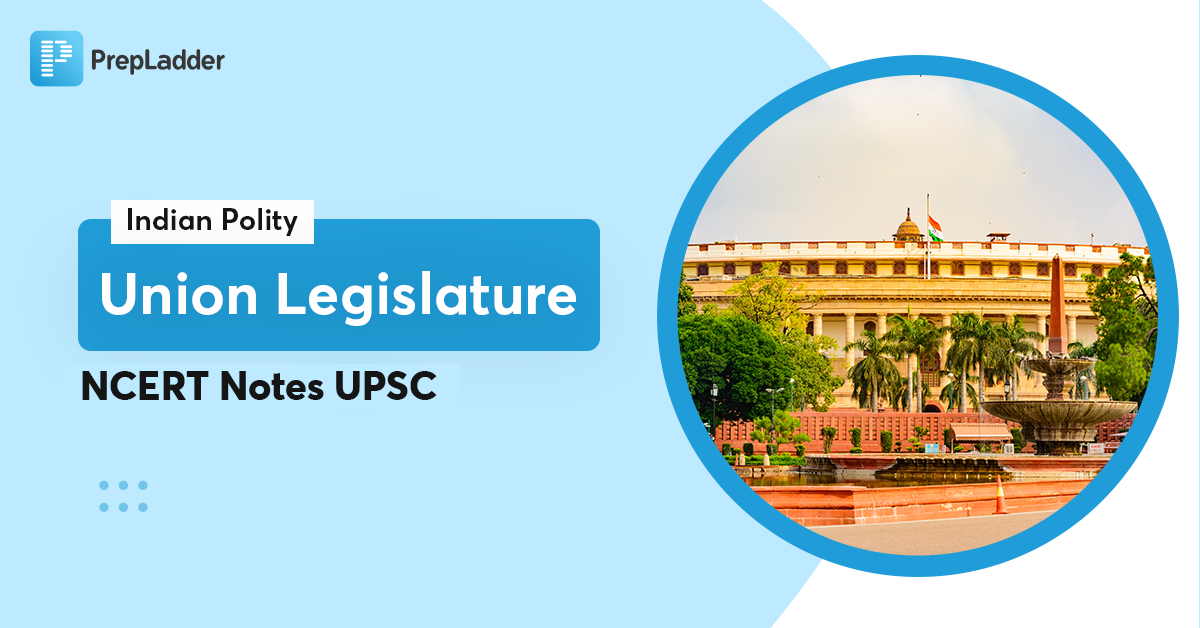 Legislatures are elected by the people and work on behalf of the people. The elected legislatures function and help in maintaining the democratic government. A genuine democracy is inconceivable without a representative, efficient and effective legislature.

Read further to know more about the Union Legislature and enhance your UPSC CSE preparation.

Need of Two Houses of Parliament

Its purpose is to protect the powers of the States. Therefore, any matter that affects the States must be referred to it for its consent and approval.

Powers Exercised only by the Lok Sabha

In all other spheres, including the passing of non-money bills, constitutional amendments, impeaching the President and removing the Vice President, the powers of Lok Sabha and Rajya Sabha are co-equal.

Here’s a related video that you must watch to upgrade your preparation for the upcoming UPSC Mains 2022 exam:

Procedure of Making Laws in Parliament

Procedure of Making laws in Parliament:

Law-making process is technical and even tedious.

Different Stages in the Life of a Bill

Control on Executive by Parliament:

The legislature in the parliamentary system ensures executive accountability at various stages: policy making, implementation of law or policy and during and post-implementation stage.

Approval and Ratification of Laws

Thus, the Parliament can effectively control the executive and ensure a more responsive government.

Since 1983, India has developed a system of parliamentary standing committees.

Regulation of Parliament by itself