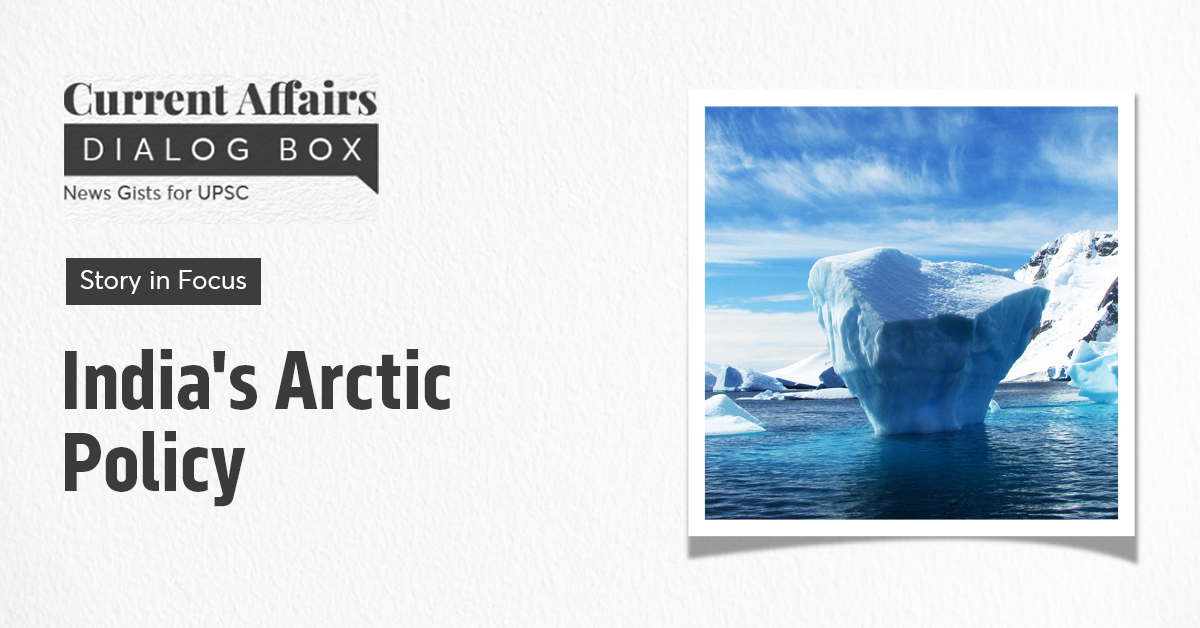 Today’s series of our Current Affairs Dialog box will comprise a discussion on India’s Arctic Policy and its importance in the UPSC exam preparation. The topic has relevance from the CSE syllabus in the following ways:

For Mains: India’s Arctic Policy and significance of Arctic for India.

Click here to read yesterday’s edition of the Current Affairs.

The government has recently released India’s Arctic Policy, with an aim of enhancing the country’s cooperation with the resource-rich and rapidly transforming region.

Discuss the Significance of the Arctic region for India and how the new policy will help India’s engagement in the Arctic.

Significance of the Arctic Region