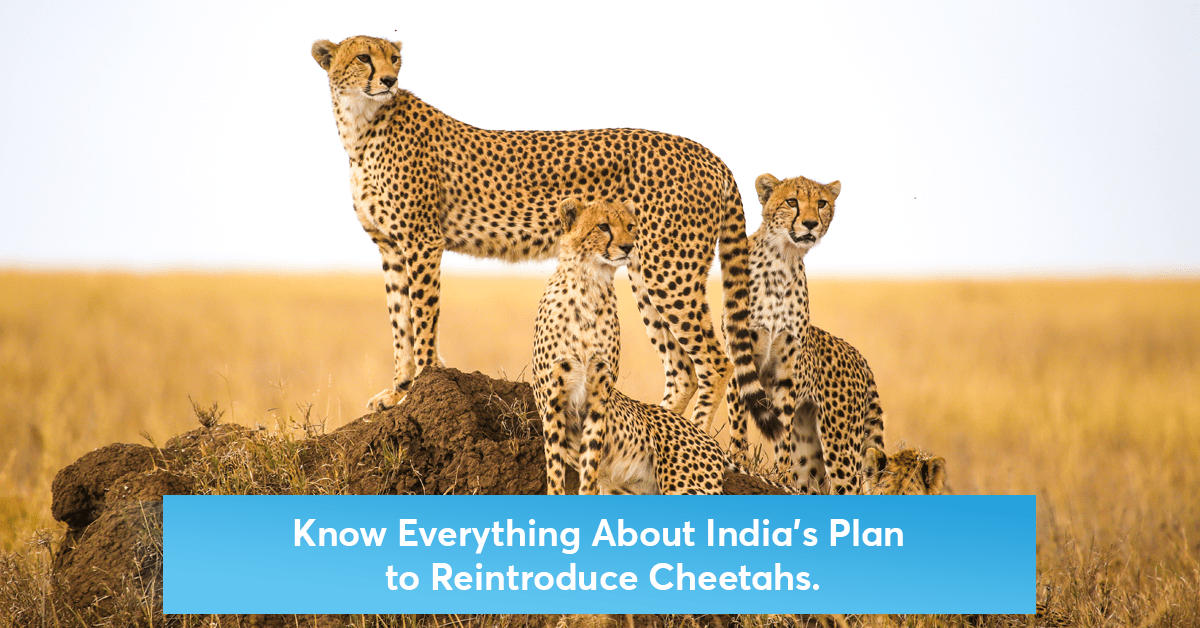 Read our today’s edition of Current Affairs wherein we will discuss in detail about How India plans to reintroduce Cheetahs? The topic’s relevance to the UPSC CSE syllabus is listed below:

Recently, the government’s plan to reintroduce Cheetah in India was in the news. Analyze the threats and opportunities for biodiversity in reintroducing extinct species from other parts of the world.

India and Namibia signed a Memorandum of Understanding (MoU) recently to reintroduce the African cheetah, a critically endangered species, in India.

Read our yesterday’s edition of Current Affairs on Effects of Rupee Depreciation on Indian Economy.

About the Government’s Plan to Bring Cheetahs to India

Read more about Bring Back the Cheetah

Criticism of the Cheetah Reintroduction Project

Enhance your preparation for the IAS 2023 exam with this video on Social Forestry by Himanshu Sharma Sir, our faculty for Geography: