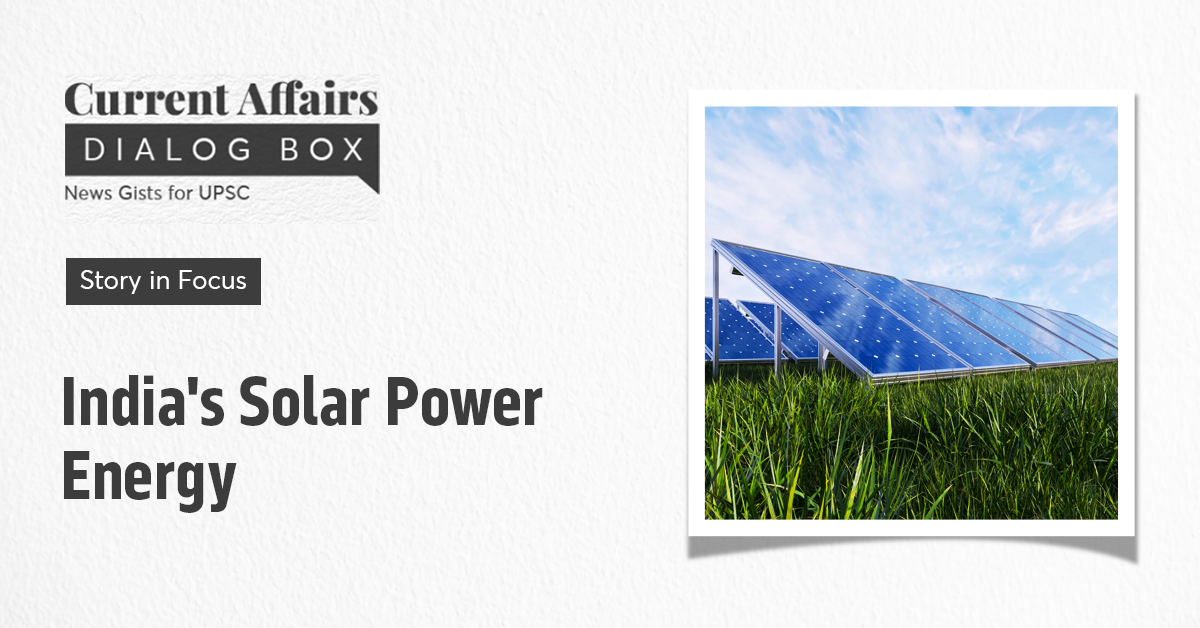 In today’s edition of our Current Affairs Dialog box, we will discuss the India’s Solar Power Energy and its relevance to the UPSC CSE syllabus. Enhance your UPSC exam preparation with this detailed article.

For Prelims: Schemes and Programmes for Achieving Renewable Energy Target.

Here is the link to yesterday’s edition of Current Affairs, in case you missed it.

Discuss the current state of India’s Solar Sector. How critical is solar power to India’s commitment to mitigate climate change?

What does the Report say?

The disruption in supply chains due to the pandemic was a key impediment to rooftop solar adoption.

Accelerate your UPSC CSE preparation with a detailed video on Various Reports by World Bank by our Current Affairs faculty, Prem Sodhani sir:

How important is Solar Power to India’s Commitment to Climate Change Mitigation?

The report proposes short- and long-term measures to get India back on track to meet solar targets.