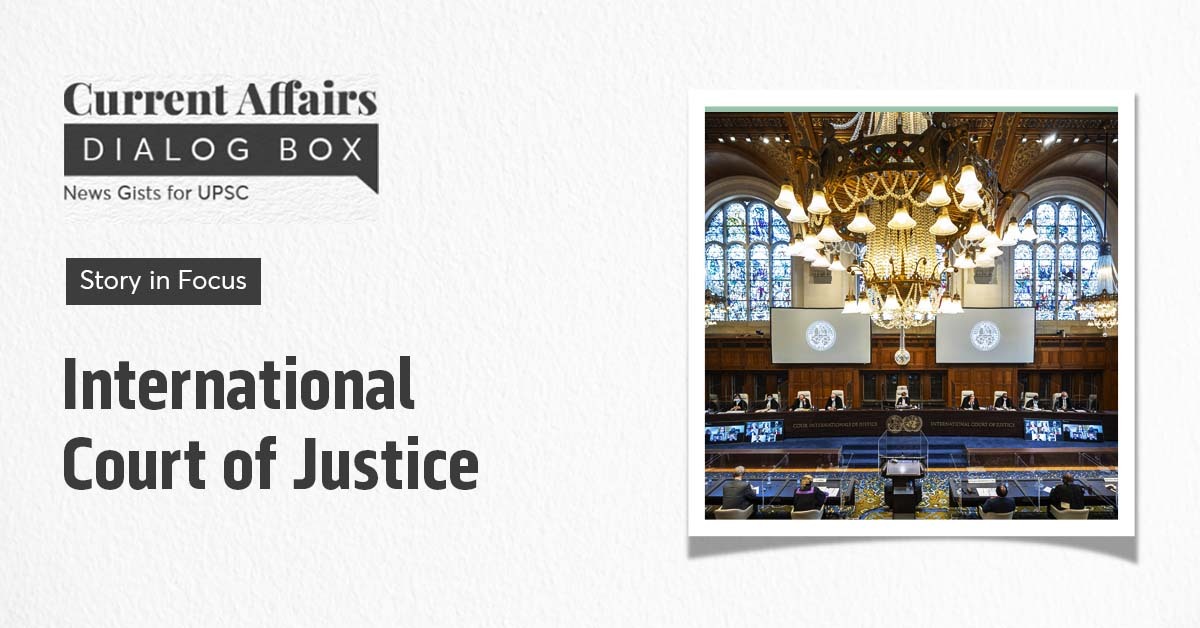 In today’s series of our Current Affairs Dialog Box, we will discuss the International Court of Justice and how it is relevant to the current Russia-Ukraine crisis. The topic should be studied in-depth during the UPSC exam preparation as it has relevant to the Prelims and Mains syllabus.

For Mains: Composition, jurisdiction and limitations of International Court of Justice (ICJ).

Ukraine has filed an application in the International Court of Justice (ICJ) accusing Russia of falsely claiming that “acts of genocide have occurred in the Luhansk and Donetsk oblasts of Ukraine”.

The world Institutions have failed to uphold a rules-based order in the contemporary world. Critically Analyze

About The International Court of Justice

Understand UPSC CSE concepts such as Judicial Independence better with engaging video lectures by our DREAM TEAM. Watch this video lecture by M.Puri Sir, our faculty for Polity, IR, and Governance:

Where does India stand vis-a-vis dispute resolution at ICJ?