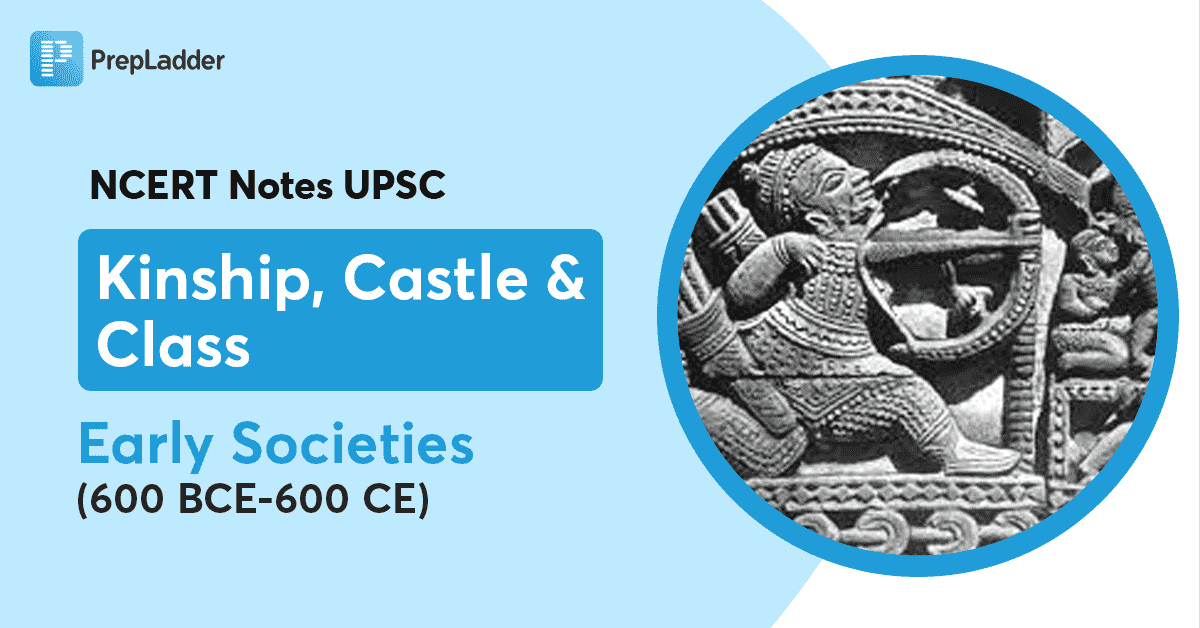 Kinship, Castle and Class, Early Societies form an integral part of the History preparation for the UPSC CSE preparation. Dive deep into this article to gain useful insights on the topic and enhance your UPSC Preparation.

The Critical Edition of the Mahabharata

Kinship and Marriage: Many Rules and Varied Practices

Finding out about families

Marrying daughters into families outside the kin was considered desirable.

The Gotra of Women

Social Differences: Within and Beyond the Framework of Caste

Level up your UPSC preparation with this detailed video on Brahmanical Literature  by Hemant Jha Sir, our faculty for History:

Beyond the four Varnas: Integration

Beyond the four Varnas: Subordination and Conflict

Beyond Birth: Resources and Status

Handling Texts: Historians and the Mahabharata

The Search for Convergence

Timeline 2: Major Landmarks in the Study of the Mahabharata

For more crucial information and articles like this, download the PrepLadder app to study from India’s top UPSC faculty and transform your UPSC CSE preparation from the Beginner level to the Advanced level. You can also join our Telegram channel for UPSC coaching and to stay updated with the latest information about the UPSC exam.