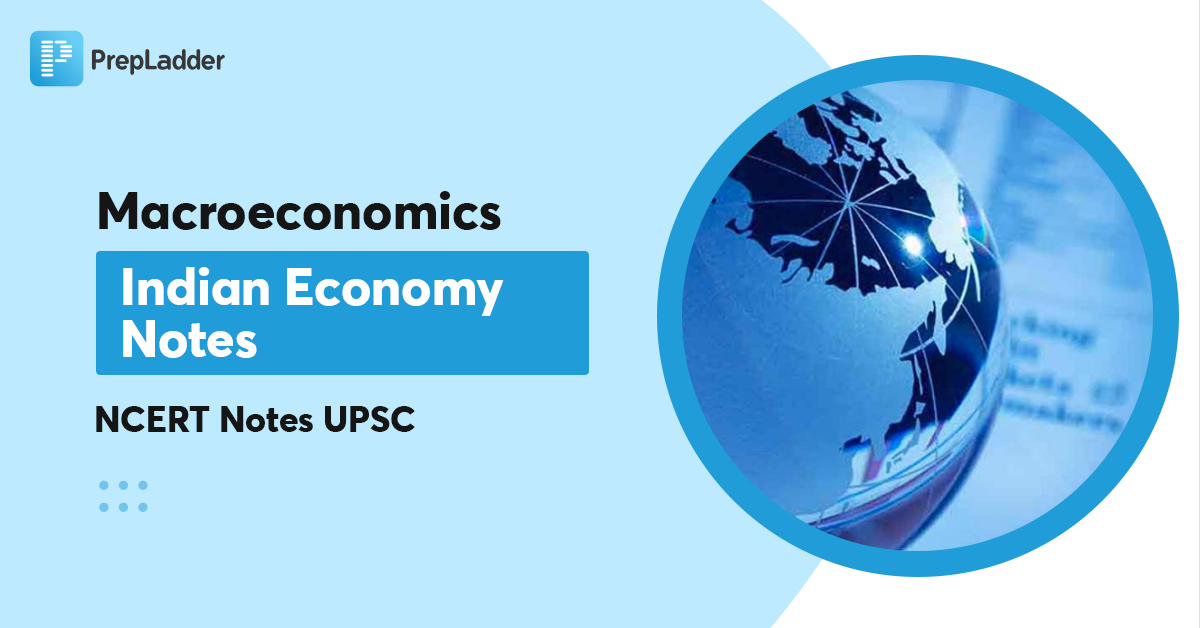 Macroeconomics attempts to study the ‘macro’ (meaning ‘large’) phenomenon affecting the economy as a whole. It usually simplifies the analysis of how the country’s total production and the level of employment are related to attributes, also called variables, like prices, rate of interest, wage rates, profits, etc.

In simple terms, macroeconomics studies the behaviour of the entire economy such as the aggregate output levels of all the goods and services in an economy, general price levels of goods and services, employment level in different production units, etc.

Macroeconomics forms an indispensable part of the UPSC exam preparation and hence should be studied in detail. Before proceeding further let’s first understand the difference between Microeconomics and Macroeconomics.

Note: Even a large company is ‘micro’ in the sense that it had to act in the interest of its own shareholders which was not necessarily the interest of the country as a whole.

Adam Smith, the founding father of modern economics, had suggested that if the buyers and sellers in the market take decisions based on their own self-interest, there is no need to think of the wealth and welfare of the country as a whole separately. But it was found that in some cases:

Therefore, it is crucial to study the effects of taxation and other budgetary policies, money supply, interest rates, wages, employment and output in the market.

Upgrade and enhance your UPSC CSE Economy preparation with PrepLadder’s Hinglish video lectures. Watch a detailed video on Fixed & Floating Exchange Rate Systems by Vivek Singh Sir, our DREAM TEAM faculty for Economy and give an edge to your UPSC coaching:

The Emergence of Macroeconomics

Download the PrepLadder app to study from India’s top UPSC faculty and transform your UPSC CSE preparation from the Beginner level to the Advanced level. You can also join our Telegram channel for UPSC coaching and to stay updated with the latest information about the exam.