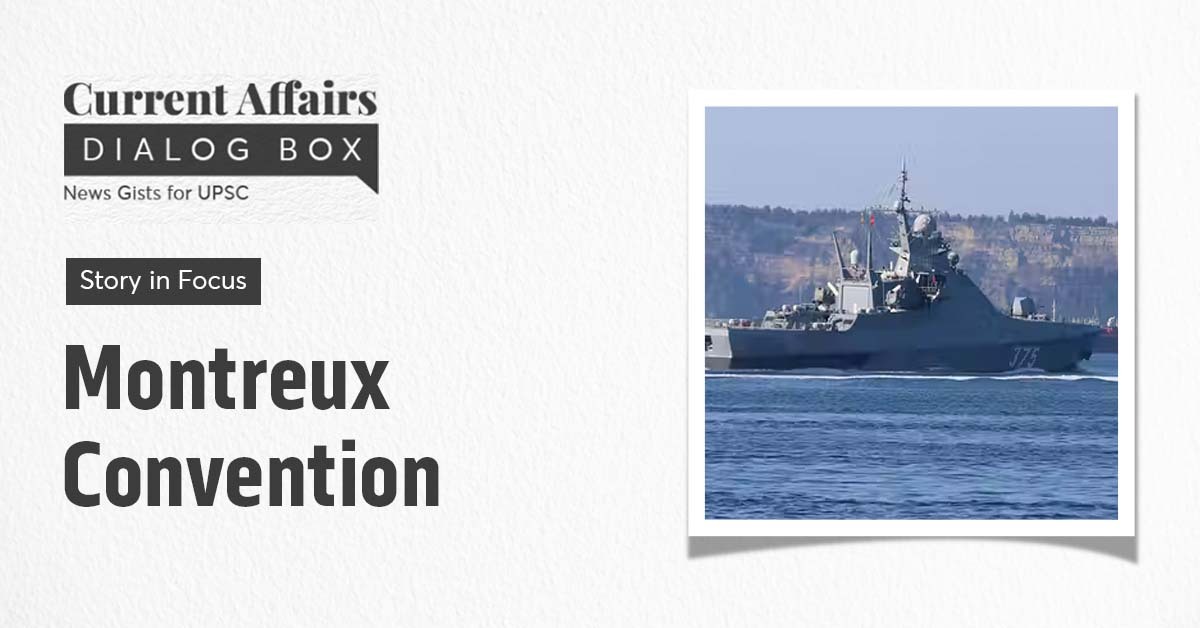 In today’s series of our Current Affairs Dialog box, we will discuss Montreux Convention and how is it related to the UPSC syllabus. From Prelims point of view, it has topics such as Montreux Convention, Turkish Straits and the Black Sea, and from Mains point of view, it comprises topics such as Importance of Turkish Straits, Importance of Black Sea for Russia that must be carefully studied during UPSC exam preparation.

Recently, Turkey has planned to activate the Montreux Convention in response to Russia’s invasion of Ukraine.

Examine the significance of the Montreux Convention, in the light of the ongoing conflict between Russia-Ukraine.

Also read: How to Prepare for UPSC Prelims CSAT?

How does this affect Russia?

What does Article 19 say about the passage of Ships?