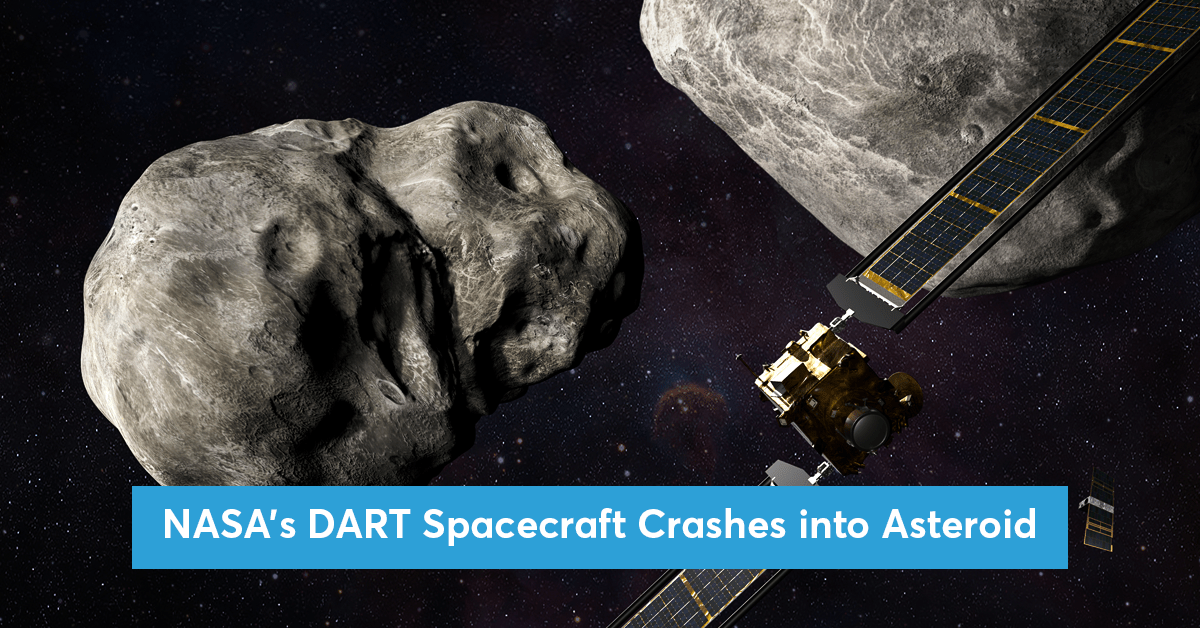 In today’s Current Affairs editorial, we will discuss about NASA’s DART Spacecraft Crashes into Asteroid. Read this blog post to enhance your UPSC CSE preparation and find the topic’s relevance to the IAS syllabus.

For Mains: Significance of the planetary defense test and Asteroid Missions GALORE.

What is the DART, which is called the planetary defense test?

NASA’s spacecraft named Dart was deliberately crashed into an asteroid named Dimorphos, demonstrating that if a killer asteroid ever heads our way, we’d stand a fighting chance of diverting it.

About Dimorphos and Didymos