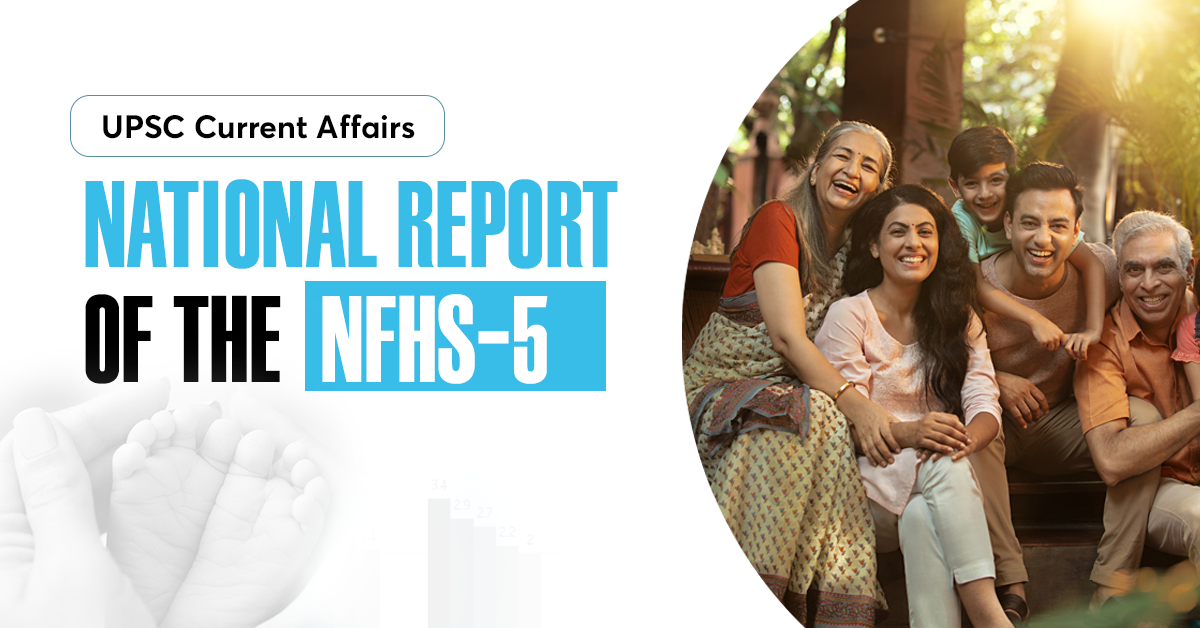 Today we have picked the topic “National Report Of The NFHS-5” in our Daily edition of Current Affairs. We will talk about its relevance to the UPSC CSE syllabus and share some useful insights that will help you ace your UPSC CSE preparation.

For Prelims: Economic and Social Development

Recently, Ministry of Health and Family Welfare has released the 2nd phase of fifth round of the National Family Health Survey (NFHS) Report.

What are the key challenges of underage marriage in India? Do you think the ongoing government interventions address these challenges effectively? Critically examine

Key Findings of the latest data of NFHS-5

Use of Modern Contraception