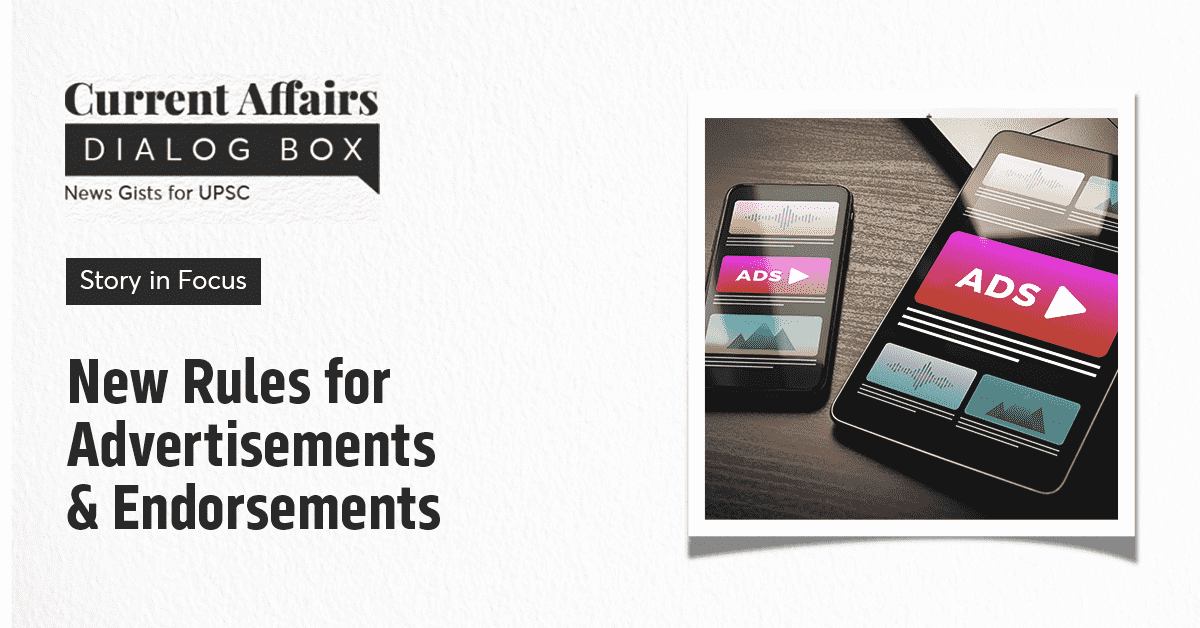 Here’s our today’s edition of Current Affairs Dialog box wherein we will discuss New Rules for Advertisements and Endorsements in detail.

Navigate through the article to get useful insights on the topic and enhance your civils preparation. Its relevance to the CSE syllabus is mentioned below:

Valid and truthful advertising is part of consumer rights. Analyze the need and significance of recent guidelines issued by the Central Consumer Protection Authority for responsible advertising.

Need and Significance of the Guidelines

Advertisements tend to influence children’s buying behavior and encourage them to consume unhealthy goods or develop negative feelings toward healthy goods. As per the new guidelines:

Also watch a detailed video on Preparation Strategy for UPSC CSE Exam 2023 by Vivek Singh Sir, our faculty for Economy :