One Year of the India-Pakistan Ceasefire 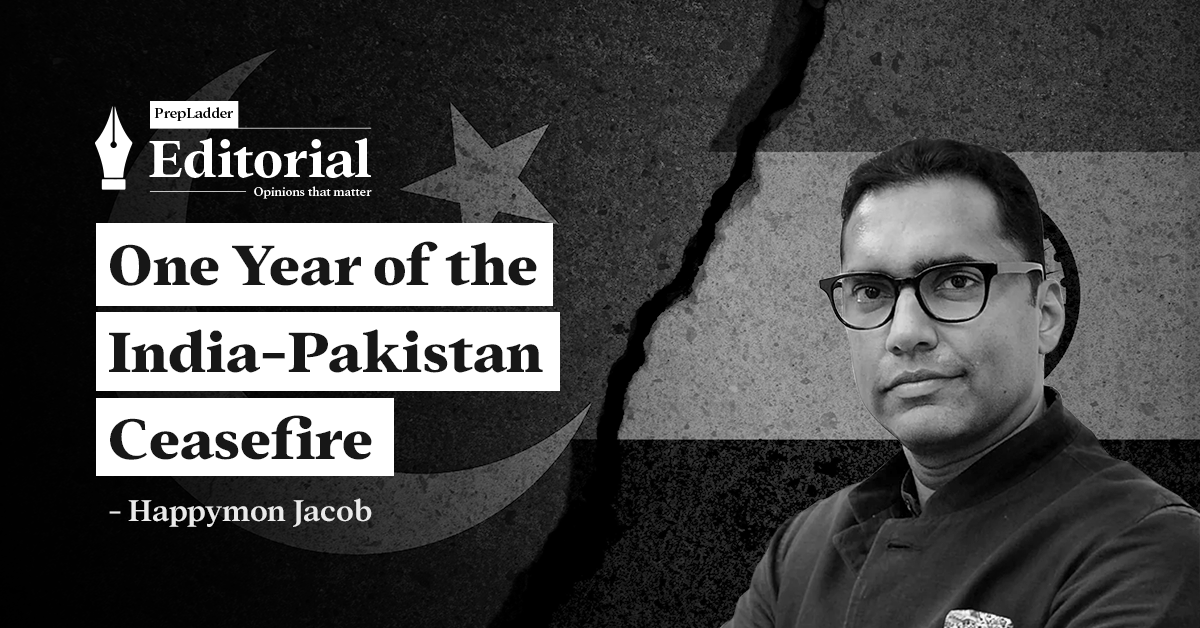 Last week, India and Pakistan completed one year of the ceasefire agreement the two sides had decided to revive on the 25th of February 2021 on the Line of Control (LoC) in Jammu and Kashmir (J&K). The February 2021 agreement between the Indian and Pakistani Director Generals of Military Operations (DGsMO), agreed through a telephone call between them, was a reiteration of the November 2003 ceasefire agreement. To be historically precise, the 2003 agreement itself was a reiteration of the December 1971 war termination ceasefire between India and Pakistan.

An analysis of how, after recording over 5000 violations of the ceasefire in 2020, the two sides agreed to a ceasefire in early 2021 can shed some light on why the agreement seems to persist despite a lack of progress on other bilateral issues.  The ceasefire agreement was arrived at through backchannel conversations between India and Pakistan, according to media reports. To be specific, the Ceasefire was the outcome of several discreet meetings between the two intelligence chiefs as well as others from the two establishments in UAE and London, as per reports.

India has been averse to letting third parties mediate the Kashmir conflict, and yet we saw some behind-the-screen facilitation, if not mediation, in the run-up to the ceasefire agreement in 2021. The UAE had admitted to having played a key role in facilitating, and not mediating, a ceasefire between India and Pakistan. UAE’s ambassador to the United States Yousef Al Otaiba claimed that his country had facilitated the discreet meetings between Indian and Pakistani intelligence chiefs.

UAE’s role is interesting. India, under the Modi government, has grown close to the UAE over the past few years. UAE’s facilitating role in this context needs to be read along with its warming of relations with Israel, another close friend of India in the region. UAE and Bahrain had signed the so-called ‘Abraham Accords’ in 2020 thereby normalising the diplomatic relations with Israel. Given the withdrawal of the American troops from Afghanistan, many of these states in the Middle East are also keen that South Asia in general and Afghanistan, in particular, do not witness more turmoil and extremism. This perhaps explains the UAE’s enthusiasm to facilitate talks between India and Pakistan.

A Ceasefire that has Sustained Under Duress

It would be instructive to ask ourselves as to what explains the endurance of the ceasefire agreement for an entire year even though bilateral relations have not been positive. For one, the ceasefire agreement has high-level political sanctions from India and Pakistan. That top Indian and Pakistani officials had indeed negotiated the ceasefire agreement, rather than merely agreed to by the DGsMO, is precisely the reason it is still holding. Secondly, both India and Pakistan are busy on their Western and North-Eastern fronts respectively: India has Chinese incursions on the Line of Actual Control (LAC) to take care of, and Pakistan has the complications arising out of the return of the Taliban to Afghanistan to its west to take care of. As a result, both sides seem to believe that other distractions would not be useful while focusing on their primary strategic concerns.

More so, there are also concerns in New Delhi about the hostile nature of regional geopolitics in the wake of the withdrawal of the American forces from Afghanistan and the return of the Taliban to power in Kabul with the support of Pakistan. On the other hand, Pakistan is keen on ensuring that its gains in post-American Afghanistan are consolidated. Distracted with India on the LoC would not help Pakistan focus on Afghanistan. To that extent, therefore, the ceasefire suits both sides.

India was also, in the run-up to the ceasefire agreement, worried about the two-front situation that became evident during the military standoff with China in the summer of 2020. The possibility of further collusion and cooperation between China and Pakistan on Kashmir or in general would have become difficult for India to handle. This may have also prompted New Delhi to release pressure on the Pakistan front. This line of thinking continues to persist in New Delhi.

Link Between the Larger Issues and The Ceasefire

Despite the thaw, the bilateral situation has not improved in any major way. Pakistan has been upset about India’s decision in August 2019 of reading down the then state’s special status (Article 370 of the Indian constitution) and withdrawing its statehood. Despite all its efforts, Pakistan has not been able to force the Indian Government to change its decision. For Pakistan, progress on Kashmir is important without which it might find it politically hard to explain the current rapprochement with India to its domestic constituencies. However, there is little appetite in New Delhi for restoring Article 370 as it would be politically impossible for the BJP-led government in New Delhi to be seen to go back on those decisions as a result of perceived pressure from Pakistan.

This takes me to a larger conceptual issue. The traditional Pakistani argument has been that: a) unless there is peace in Kashmir, there will be no peace on the LoC and, b) ceasefire will only survive if there is an India-Pakistan dialogue on all outstanding issues-particularly Kashmir. However, an analysis of the last one year makes it very clear that the ceasefire has held in the absence of neither of these two conditions being fulfilled. What does this mean? This perhaps means that if the two political establishments decide that ceasefire violations between their militaries do not break out on the LoC, they will not happen notwithstanding the absence of progress on other issues.  Having said that, and going by past experience, I would also argue that the ceasefire is unlikely to last very long if there is a little bilateral conversation on other contentious issues including Kashmir.

How Long with the Ceasefire Hold?

Unless things change dramatically, the ceasefire is likely to hold. For sure, it is difficult to say how things will unfold between India and Pakistan over the coming months (especially in the summer) given that India-Pakistan relations are deeply crisis-prone. But in all likelihood, unless something drastic like a terror attack happens, the current thaw is likely to persist for some time. I don’t see this thaw developing into a major dialogue process between the two sides or disappearing altogether. Therefore, the current state of ‘cold peace’ is likely to be a persistent phenomenon for some time at least.