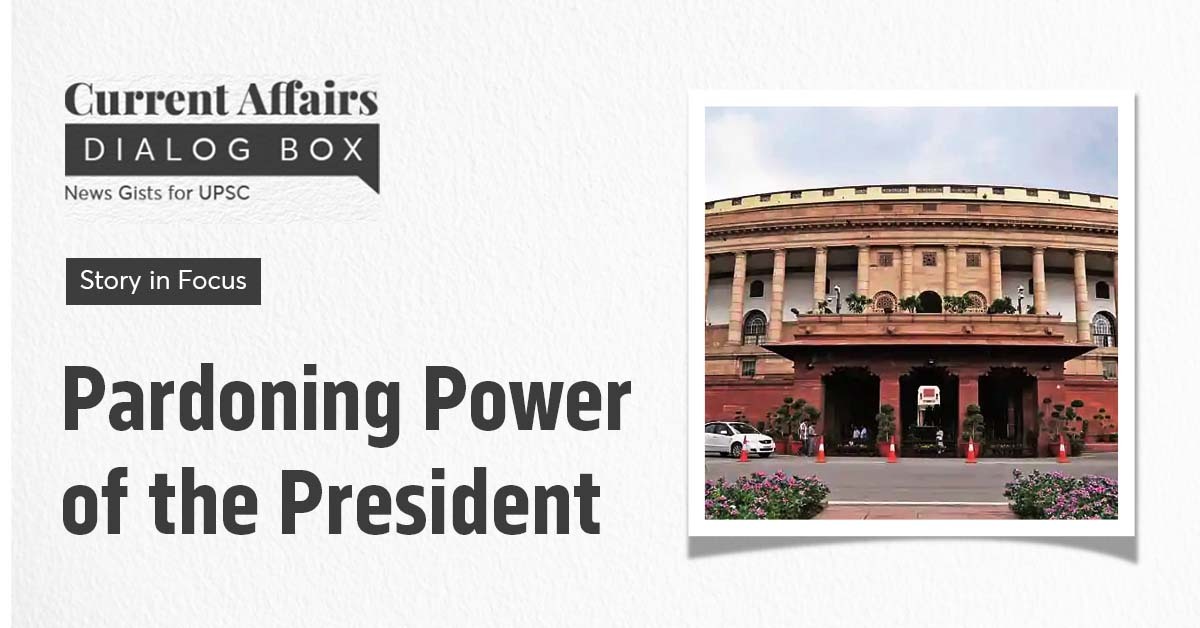 Accelerate your UPSC exam preparation with our daily edition of Current Affairs Dialog Box. In today’s edition, we will talk about the Pardoning Power of the President and how it is related to the UPSC CSE syllabus.

For Mains: Pardoning Power of the President and Governor.

Recently, the Union Government claimed that the President and not the Tamil Nadu Governor has exclusive power to decide Rajiv Gandhi’s assassination convict A.G. Perarivalan’s plea for pardon.

Also read about Judicial Reforms in this detailed article.

The Reason Behind Granting Clemency Power

Clemency powers of the President under Article 72

The pardoning power of the President includes the following:

Clear your Polity doubts and upgrade your UPSC CSE preparation with this detailed video on the Ordinance Making Power of the President by M.Puri Sir, our faculty for Polity, IR, and Governance:

Difference between the Pardoning Powers of the President and the Governor