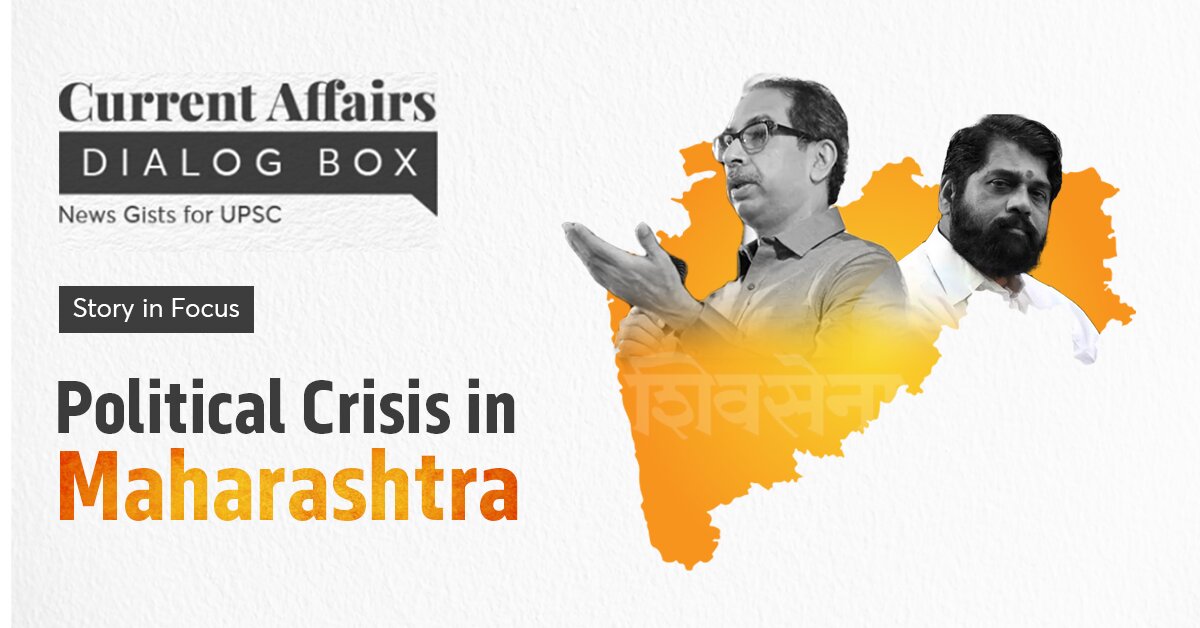 In today’s edition of our Current Affairs Dialog box, we will discuss Political Crisis in Maharashtra. Navigate through the blog to understand the topic in detail and enhance your UPSC CSE Preparation Online.

What is happening in Maharashtra?

Similar Examples from the Recent Past