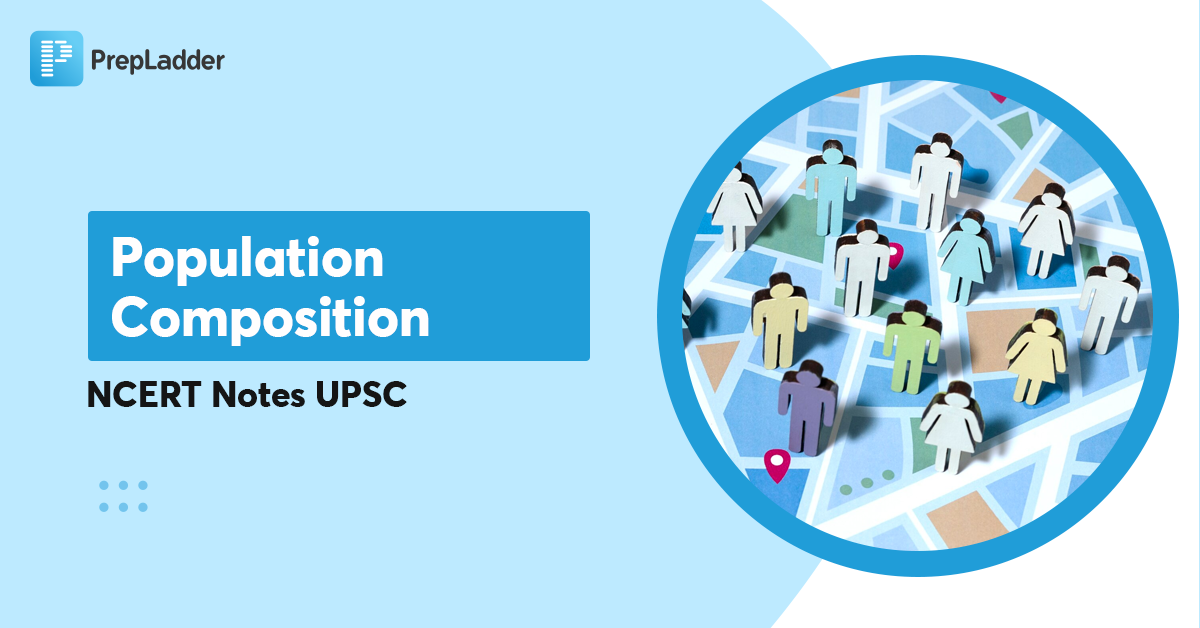 People of any country are diverse in many respects. Each person is unique in her/his own way. People can be distinguished by their age, sex and their place of residence. Some of the other distinguishing attributes of the population are occupation, education and life expectancy.

Population Composition is an essential part of the Geography syllabus and should be covered extensively during the UPSC exam preparation. This article will help you understand the topic in its depth and help you in the Geography preparation.

or the number of females per thousand males.

This division is based on the residence. It is necessary because rural and urban lifestyles differ from each other in terms of their livelihood and social conditions. The age-sex-occupational structure, density of population and level of development vary between rural and urban areas.

Download the PrepLadder app to study from India’s top UPSC faculty and transform your UPSC CSE preparation from the Beginner level to the Advanced level. You can also join our Telegram channel for IAS coaching and to stay updated with the latest information about the UPSC exam.