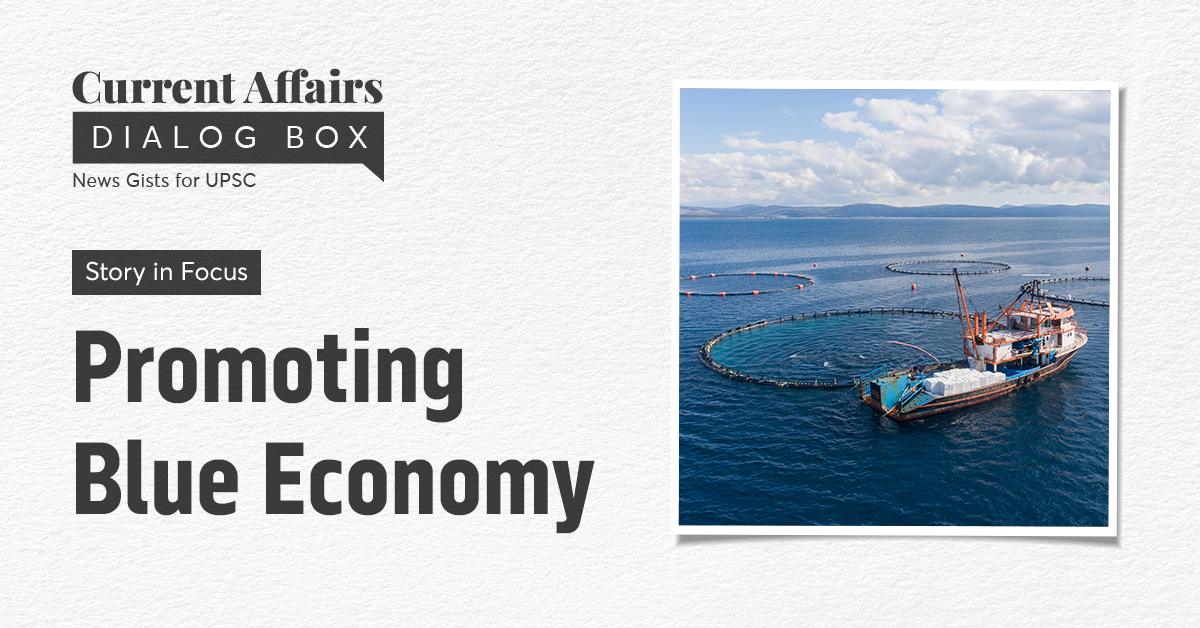 To enhance your UPSC exam preparation, in this series of our Current Affairs Dialog Box- News Gists for UPSC, we will discuss Promoting Blue Economy. This topic has relevance with Prelims and Mains syllabus.

For Prelims the relevant topics include, Indian and World Geography – Physical, Social, Economic Geography of India and for Mains: Distribution of Key Natural Resources Across the World.

In a written reply to a question in the Rajya Sabha, the Union Minister of State (Independent Charge) Science & Technology said that the Blue Economy is the sixth dimension of its Vision of New India by 2030.

Despite sharing a pre-eminent position in the Indian ocean and vast coastline, India’s Blue economy potential has not been fully tapped. Comment

What is the Blue Economy?