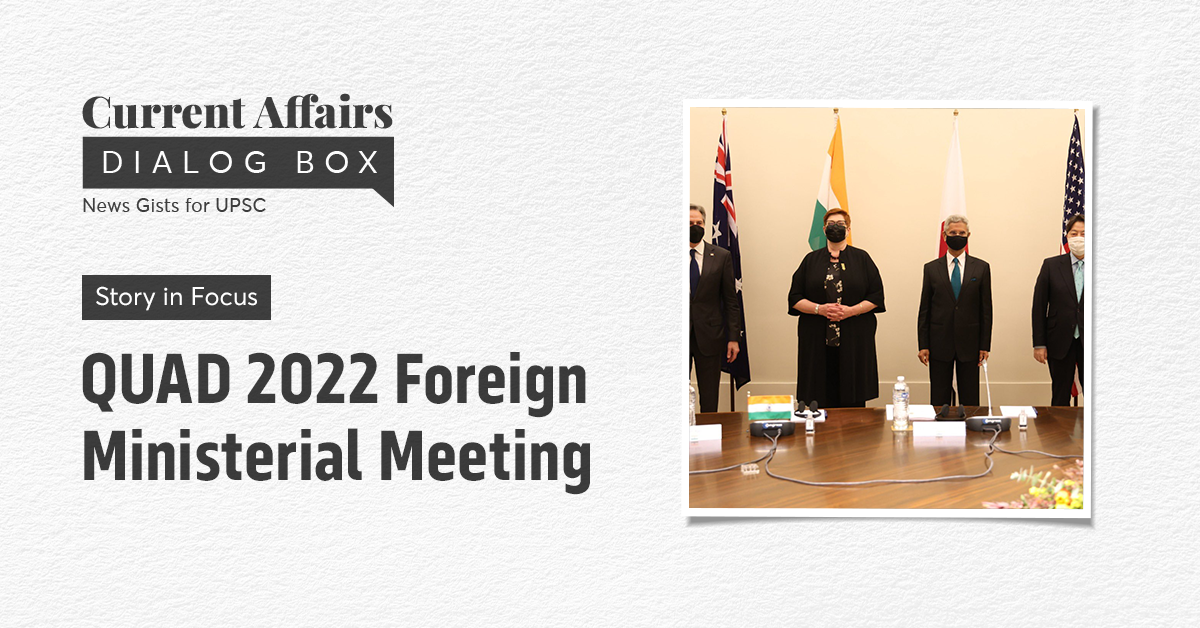 Today’s story in focus is the Quad 2022 Foreign Ministerial Meeting. Meetings like this should be carefully examined as it has direct relevance to the UPSC CSE syllabus.

While preparing for Prelims and Mains during the UPSC exam preparation, you will come across relevant topics such as Indo-Pacific Region, Groupings& Agreements involving India’s interests, QUAD and its significance.

QUAD is a test for checking the efficacy of cooperation among its members amid assertive China. Comment

Highlights of the QUAD Meeting

Here are some key highlights of the Quad Meeting:

Other Areas of Discussion Where India Appeared to have Deep Divergences

Watch a relevant video “Recent changes in Indian Foreign Policy” by Ravi Chokkalingam Sir, the faculty for Current Affairs and the member of DREAM TEAM: