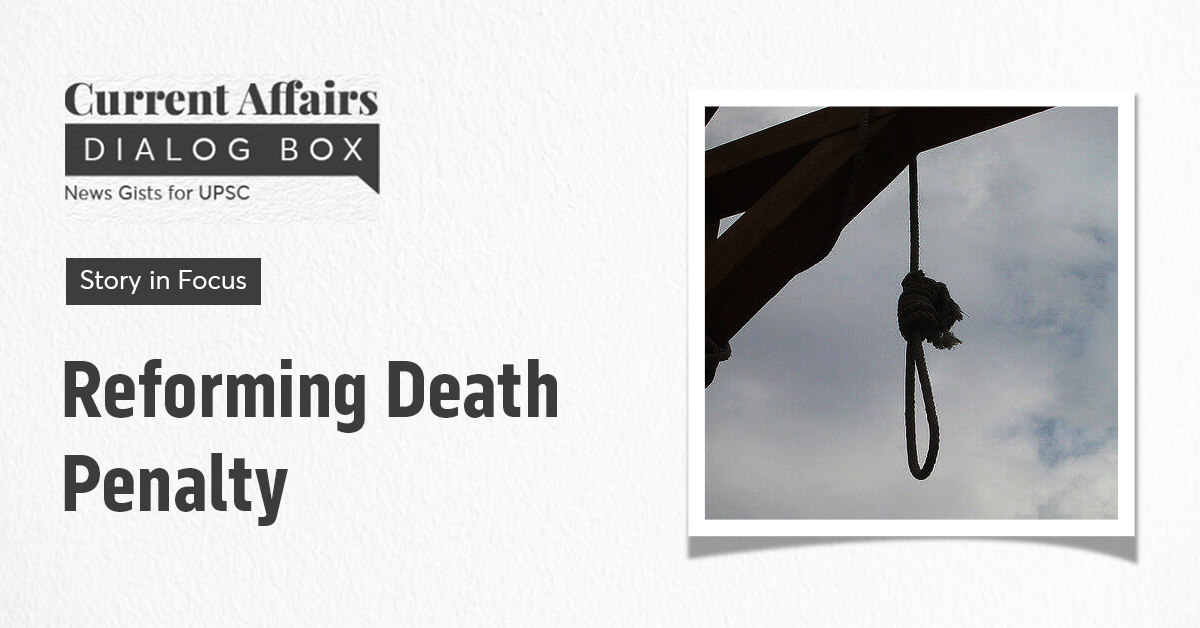 Enhance your UPSC exam preparation with our daily dose of knowledge in our Current Affairs Dialog box. In today’s edition, we will talk about Reforming Death Penalty and its relevance to the CSE syllabus.

Mains: Judiciary, Government Policies & Interventions, Issues Arising Out of Design & Implementation of Policies, Death penalty and Arguments Related to it.

Click here to read yesterday’s edition of the Current Affairs

The paths of reforming the death penalty on one hand and abolishing it on the other, go alongside each other for a very long distance. Comment

How has the Supreme Court historically seen the death penalty?

How are Judges meant to choose between Life and Death sentences?

Give an extra edge to your UPSC CSE preparation with our Prelims Booster series. Watch a detailed video on 15th Finance Commission Report by Prem Sodhani Sir, our Current Affairs faculty:

What is the Reason for this?