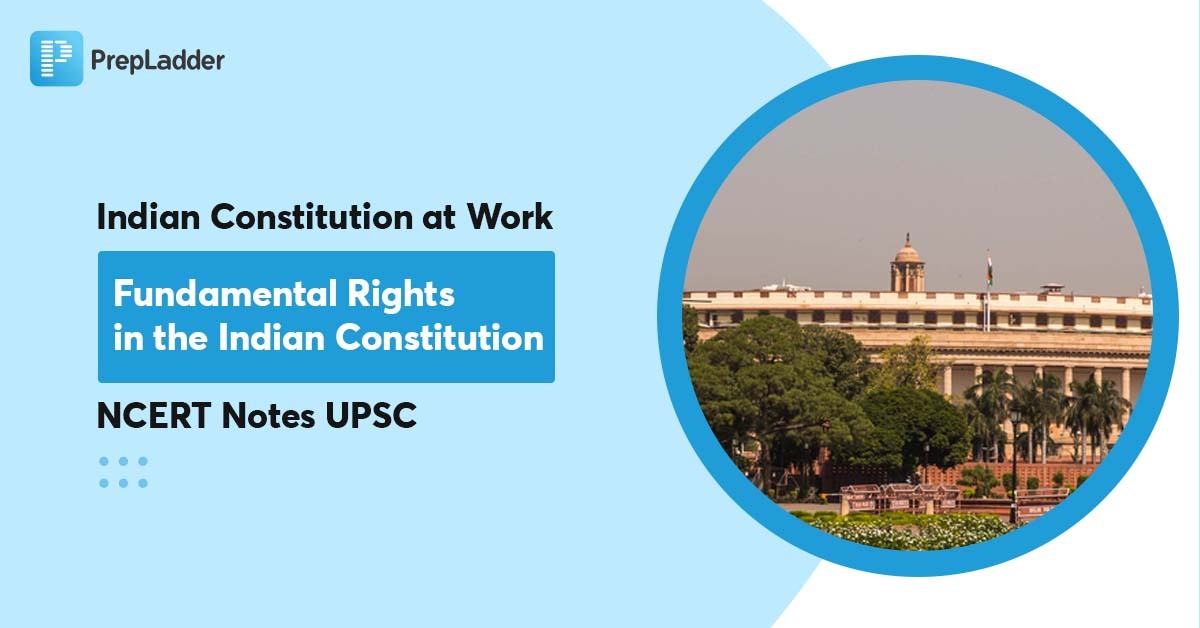 A constitution is not only about the composition of the various organs of government and the relations among them. In fact, it is a document that sets limits on the powers of the government and ensures a democratic system in which all persons enjoy certain rights.

In this article, we will discuss the Fundamental Rights in Indian Constitution and how you can effectively prepare them during the UPSC Preparation.

Also read: Indian Constitution: Why and How? – NCERT Notes UPSC

Fundamental Rights in the Indian Constitution

Difference Between Fundamental Rights and Other Rights

It tries to do away with caste, gender and other discriminations and strives to make India a true democracy by ensuring a sense of equality of dignity and status among all its citizens.

Also read 6 best magazines for UPSC CSE preparation and upgrade your IAS preparation like never before.

Right to Life and Personal Liberty

It is the foremost right among rights to freedom.

Here’s how you can understand Indian Polity, IR, and Governance better with video lectures of M.Puri Sir. Watch a detailed video lecture on Article 14-Equality Before Law

Right to Freedom of Religion

Freedom of Faith and Worship

Issues with Right to Freedom of Religion

Equality of All Religions

The Courts can Issue Various Special Orders known as Writs

Some of the Directive Principles

If you are targeting UPSC CSE 2023 and want to evaluate your current preparation status, then register for PrepLadder’s UPSC Scholarship test and stand a chance to win an assured scholarships.