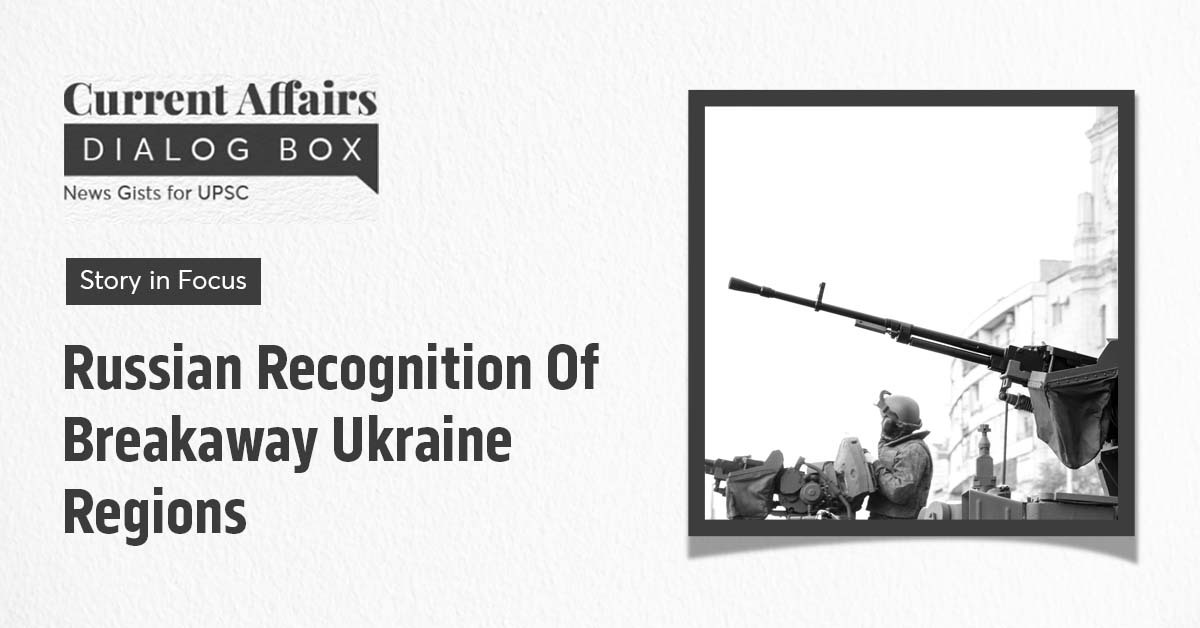 The ongoing Russia-Ukraine crisis has caught the entire world’s attention. The topic is crucial from the UPSC exam preparation point of view and should be studied extensively as it constitutes a significant part of daily current affairs.

Strategic autonomy has been key to India’s Foreign Policy to secure her national interests amid geopolitical flux. Comment.

The Outcome of Russia’s Recognition