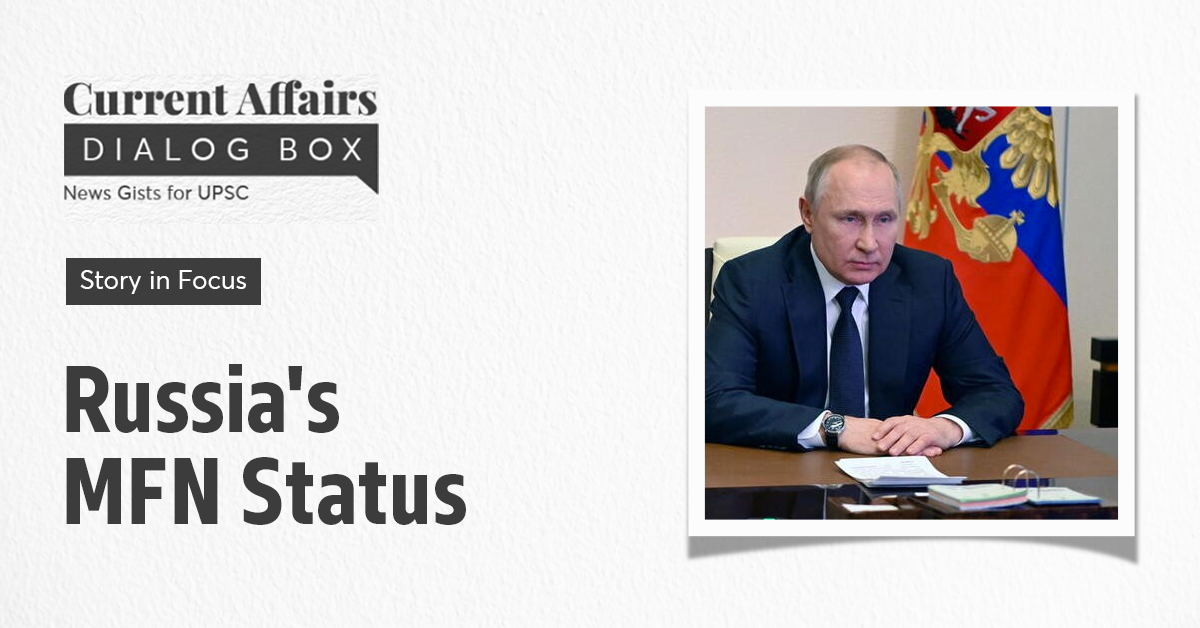 In today’s series of our Current Affairs Dialog box, we will discuss a crucial topic that is important from the UPSC exam point of view. We will talk about Russia’s MFN Status and how it should be approached during the UPSC exam preparation.

The United States, the European Union, Britain, Canada, and Japan have been planning to revoke Russia’s “Most Favored Nation” (MFN) status over its invasion of Ukraine.

Also read: Why India Should Have Mediated Between Ukraine and Russia

How can the withdrawal of the Most Favored Nation (MFN) status of Russia impact the course of the Ukraine-Russia War?

What is the ‘Most Favored Nation’ status?

Implications of Removal of MFN Status to Russia