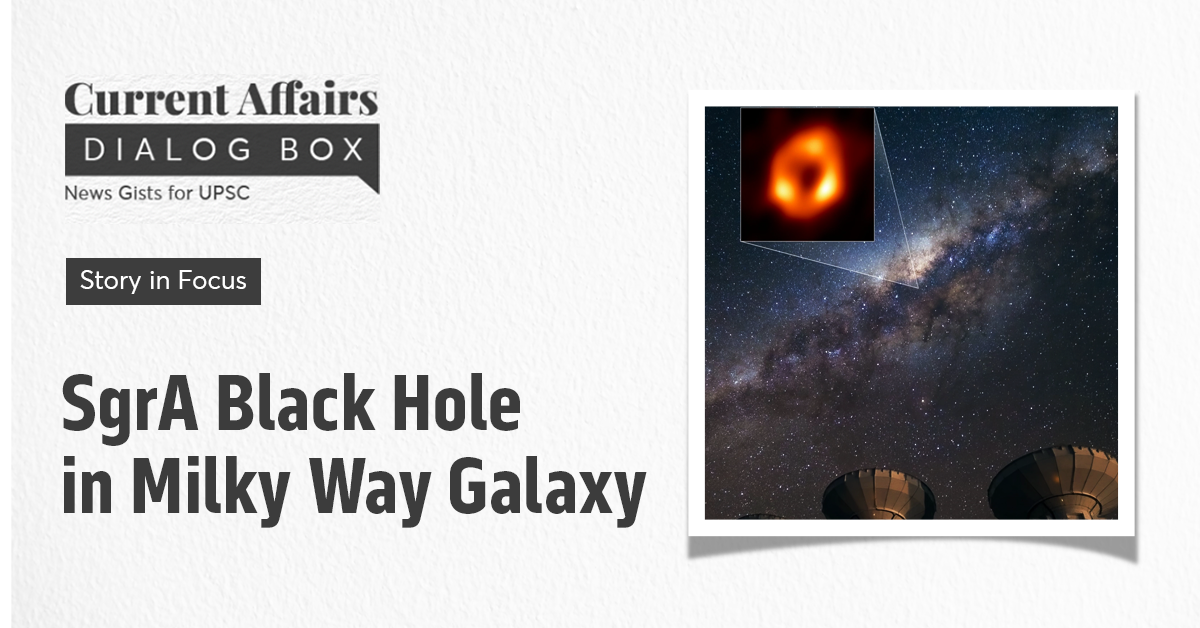 In today’s edition of our Current Affairs Dialog box, we will discuss about SgrA BLACK HOLE IN MILKY WAY GALAXY. Navigate through the blog to understand the topic in detail and enhance your UPSC CSE preparation. Also, we have listed the topic’s relevance to the UPSC syllabus.

For Mains: General awareness in the fields of IT, Space, Computers, Robotics, Nanotechnology, Biotechnology.

Also, read our yesterday’s edition of the Current Affairs Dialog box in this linked article.

Recently, Scientists from the Event Horizon Telescope (EHT) facility, a collaboration of over 300 researchers, revealed the first image of the black hole at the center of the Milky Way.

What do you understand by the black hole? Discuss the significance of the visual from the Event Horizon Telescope.

How is Sagittarius A* different from M87*?

Significance of this Discovery: