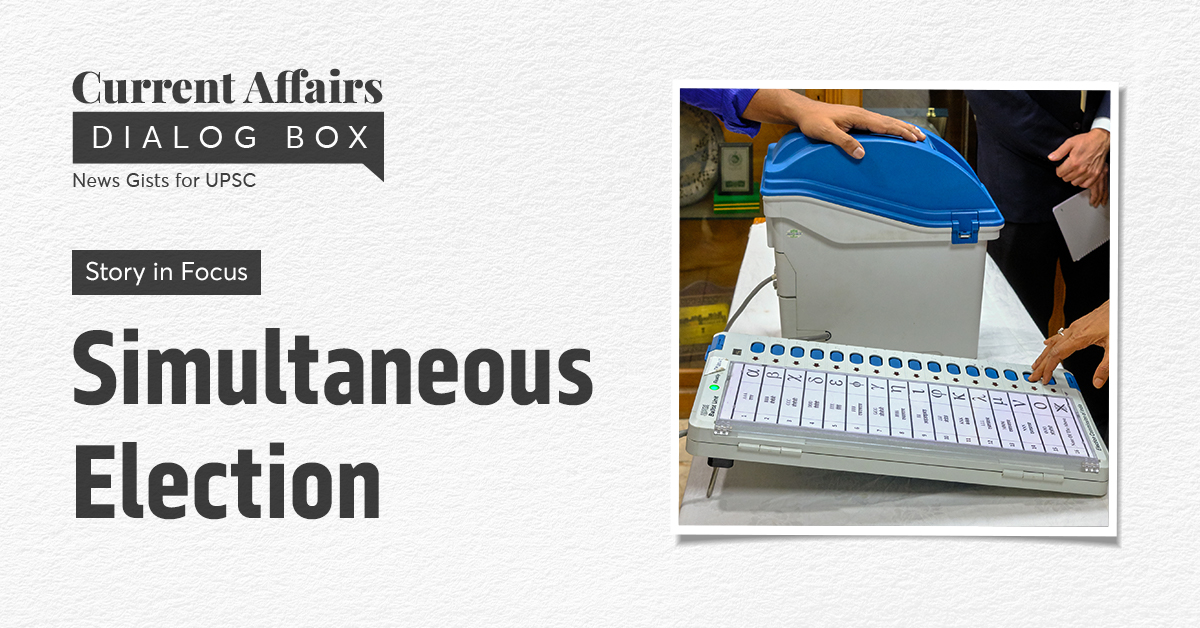 In today’s series of our Current Affairs Dialog Box, we will be discussing Simultaneous elections. Elections constitute an integral part of the CSE syllabus and UPSC exam preparation.

Recently, the Law and Justice Minister briefed the Rajya Sabha that the Centre was not planning on amending the Representation of the People Act, 1951 to enable a common electoral roll and simultaneous elections to all electoral bodies in the country.

Simultaneous elections can add a new dimension to the concept of Good Governance. Comment

What are Simultaneous Elections?

Draft Recommendations on Simultaneous Elections: The Law Commission of India

The Law Commission of India chaired by Justice B.S. Chauhan released its draft report on Simultaneous Elections on August 30, 2018, which made following recommendations: