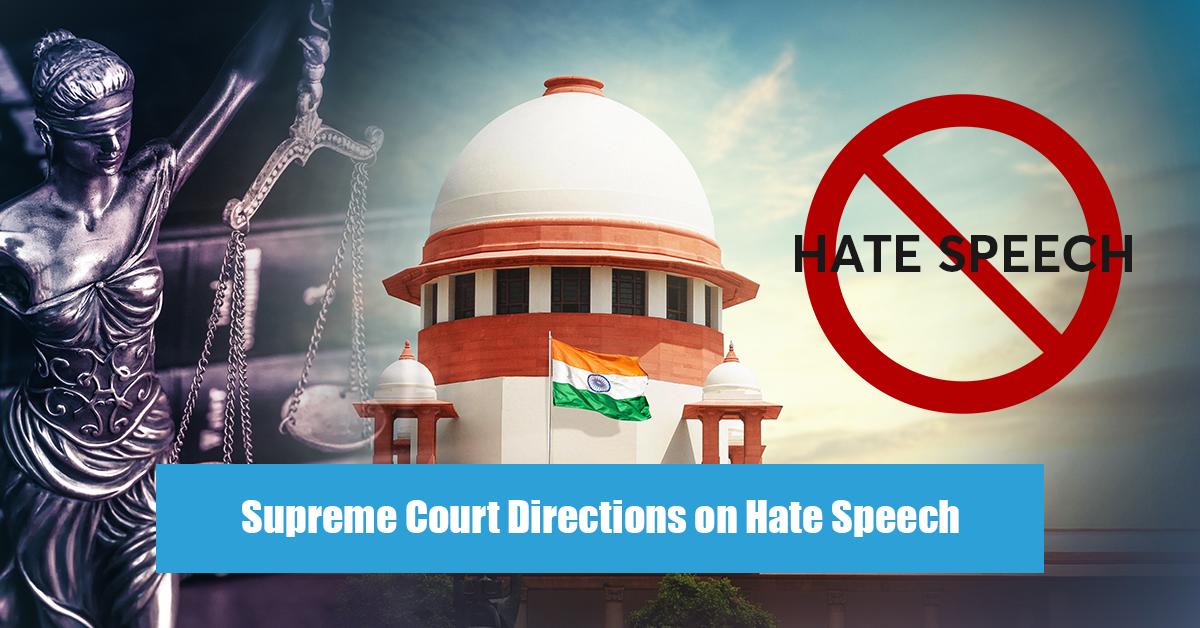 In today’s edition of our Current Affairs, we will discuss the crucial directions of Supreme Court on Hate Speech. The topic’s relevance to the UPSC CSE syllabus is mentioned below:

For Prelims: Supreme Court, Hate speech, Section 295 A of the IPC, Section 153A, Section 66A of the Information Technology Act.

For Mains:  Section 295A & others, Origins of the law, Rangila Rasool case.

Recently the Supreme Court directed the authorities to take “immediate” suo motu action against any hate speech, by lodging criminal cases without waiting for formal complaints, bringing Section 295 A of the IPC again in highlights.

In India, there is no formal legal framework to deal with hate speech. Comment.

About Section 295A & others

As there is no formal legal framework for dealing with hate speech in India, a set of provisions of the Indian Penal Code (IPC), loosely defining hate speech and deal with offenses against religions:

Origins of the Law

Upgrade your IAS 2023 preparation with this video where M.Puri Sir, our faculty for Polity & Governance discuss 25 high-yield questions from the past 5 years’ UPSC Prelims exam papers:

If you want to enhance your exam preparation and crack UPSC CSE examination, download the PrepLadder app and get access to the finest study material for IAS preparation curated by India’s top UPSC faculty.