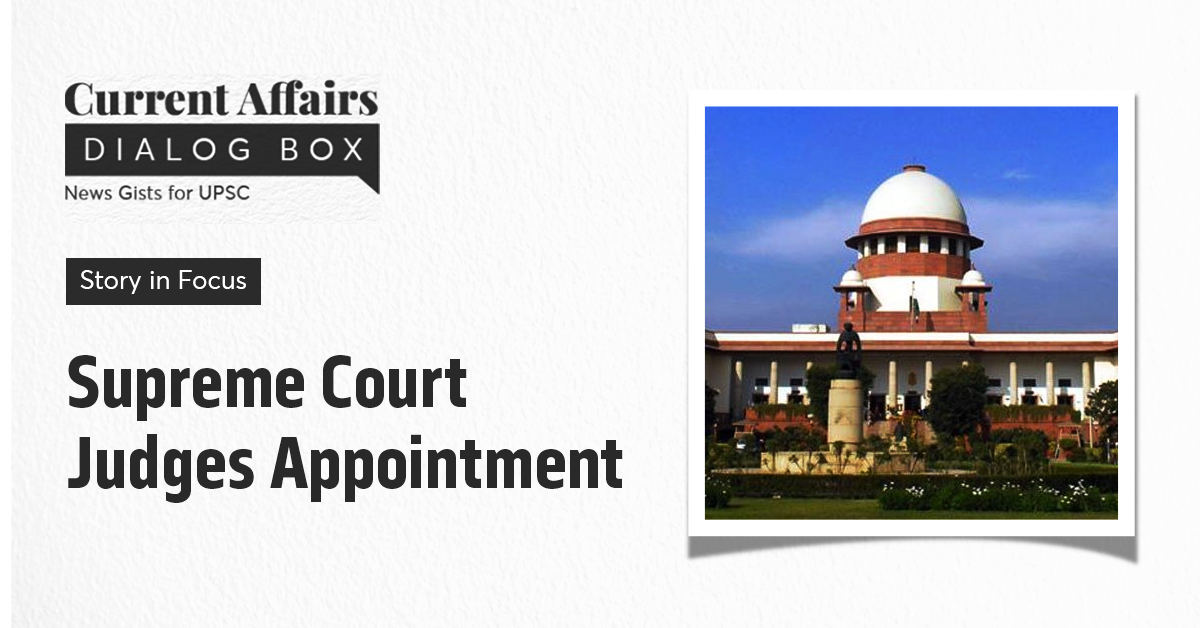 Today we have picked the topic “Supreme Court Judges Appointment” in our Daily edition of Current Affairs. We will talk about its relevance to the UPSC CSE syllabus and share some useful insights that will help you ace your UPSC CSE preparation.

For Mains: Structure, Organization and Functioning of the Executive and the Judiciary—Ministries and Departments of the Government.

Read our yesterday’s edition of Current Affairs in this linked article.

Discuss the efficacy of Collegium System in appointment of judges of the Supreme Court.

About Appointment of Supreme Court Judges

Role of Government in Collegium System

Judges of the higher judiciary are appointed only through the collegium system and the government has a role only after names have been decided by the collegium.