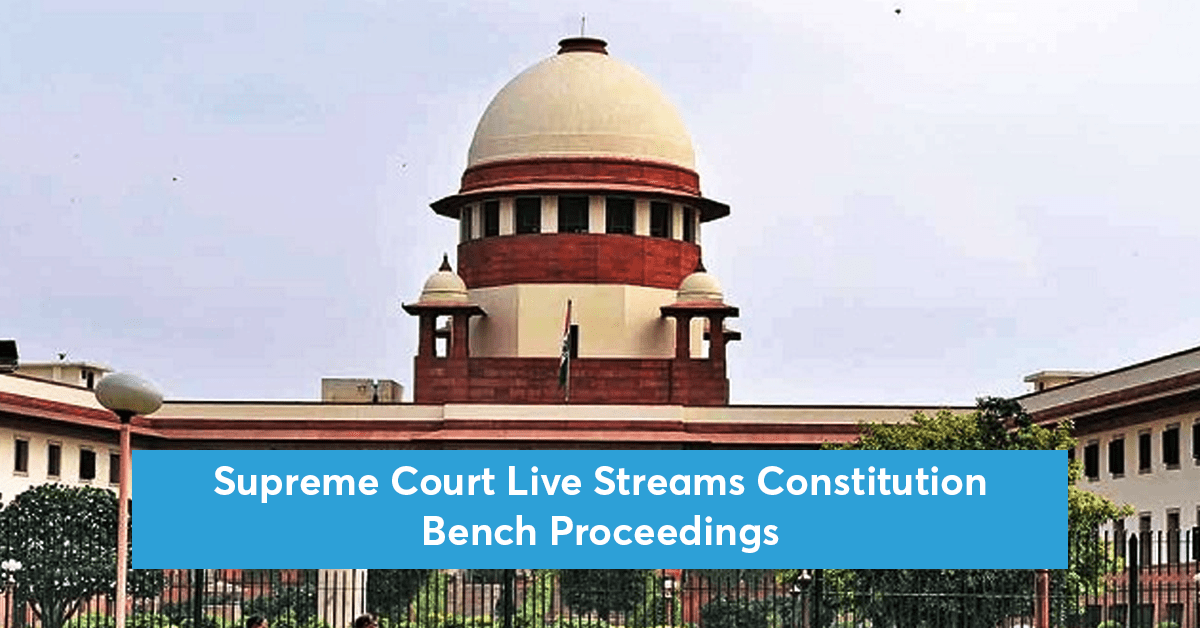 In today’s Current Affairs editorial, we will discuss the Supreme Court Live Streams Constitution Bench Proceedings. Read this blog post to enhance your UPSC CSE preparation and find the topic’s relevance to the IAS syllabus.

Comment whether the live streaming of court proceedings would be a boon or a concern.

Recently the Supreme Court decided to live-stream its proceedings in crucial Constitution Bench cases that will be heard from September 27.

Download the Prepladder App to study from India’s Top UPSC Faculty and transform your IAS Preparation from the Beginner level to the Advanced level. You can also join our Telegram channel for UPSC coaching, and to stay updated with the latest information about the UPSC exam.