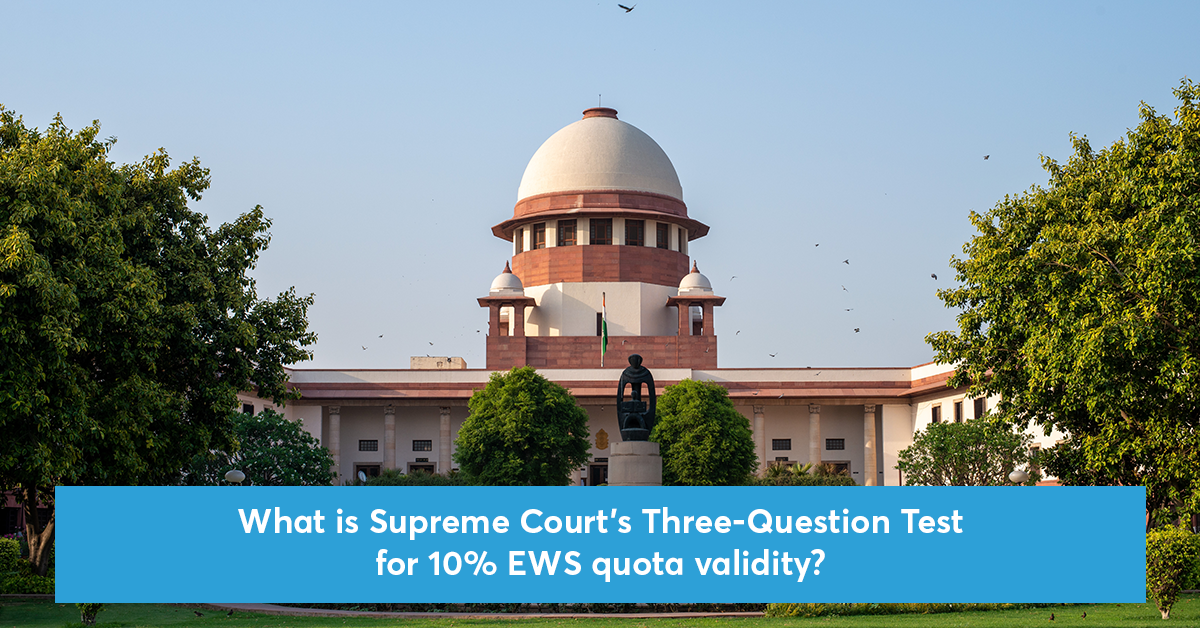 Today’s edition of our Current Affairs will comprise a discussion on Supreme Court’s three-question test for 10% EWS quota validity. Read further to upgrade your UPSC CSE knowledge and also understand the topic’s relevance to the UPSC syllabus

The Supreme Court will examine whether The Constitution (103rd Amendment) Act, which introduced a 10 per cent quota for Economically Weaker Sections (EWS) in government jobs and admissions, violates the basic structure of the Constitution, as it was challenged.

Discuss the basis of challenge to the  Economically Weaker Sections (EWS) quota in the Supreme Court.

About the 103rd Amendment

Read our yesterday’s edition of Current Affairs on The Eastern Economic Forum and India’s balancing Act, in case you missed reading it.

How is EWS Status Determined Under the Law?

The Basis of Challenge to the Amendment