Technology is no Panacea for Custodial Deaths - UPSC Current Affairs 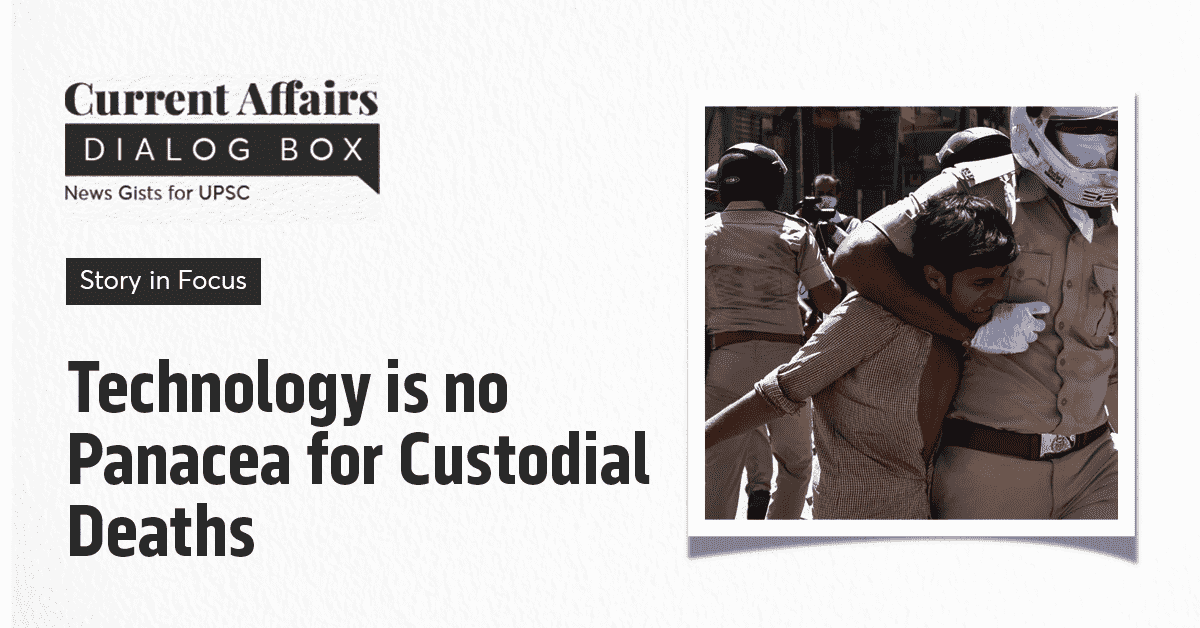 In today’s edition of our Current Affairs Dialog box we will discuss Technology is no Panacea for Custodial Deaths in detail.

Navigate through the article to get useful insights on the topic and enhance your UPSC preparation. Its relevance to the CSE syllabus is mentioned below:

The recent spate of custodial deaths in Tamil Nadu has yet again highlighted the methods used by the police during interrogation.