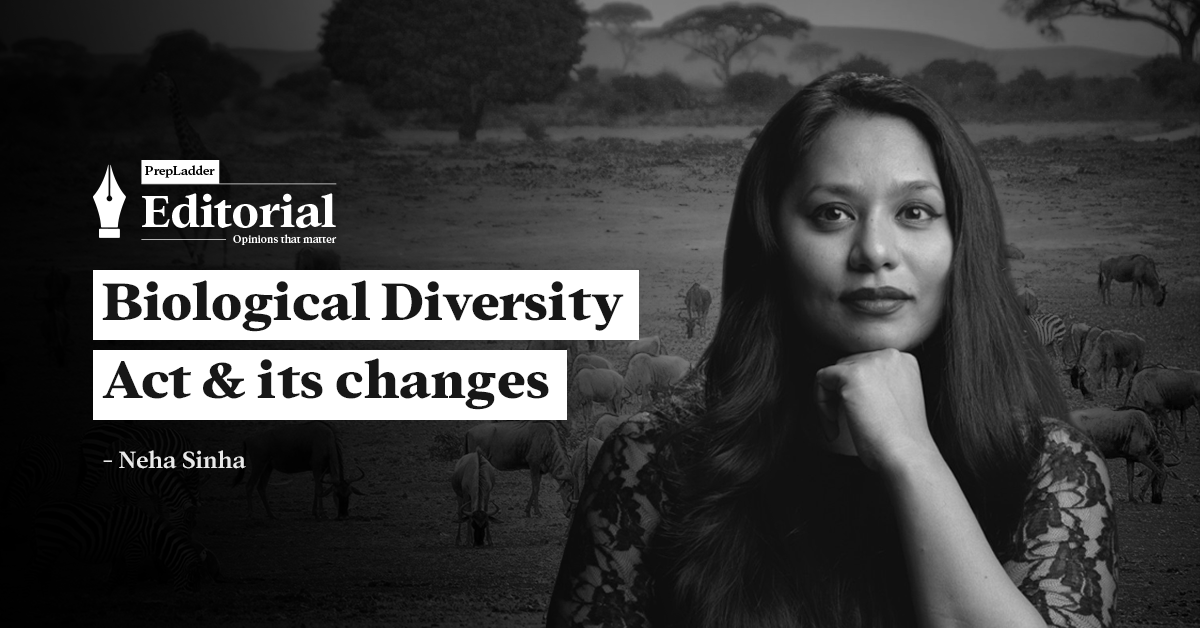 The variability in life – different kinds of animals, plants, and the habitats and ecosystems that they inhabit are biodiversity. As a term, biodiversity refers to at least three things – the variety of species (tigers, leopards, civets etc) of ecosystems (like forests, deserts etc) and between species and ecosystems. In 2002, India enacted the Biological Diversity Act. This Act was a response to India’s membership of the United Nations-led Convention on Biological Diversity (CBD). The Convention was opened for signatures on 5 June 1992 at the United Nations Conference on Environment and Development (also called the Rio Earth Summit). 5 June is now celebrated as World Environment Day.

The Biological Diversity Act seeks to ensure conservation, sustainable use and fair and equitable sharing of benefits arising out of the use of biological resources. In a country as diverse as India, there are at least two challenges to this. Firstly, who gets access to biological diversity? This could, for example, mean orchids or medicinal plants. Secondly, who gets the benefits of biological diversity? As per the 2002 Act, benefits need to be shared with local communities. The issue of benefit is also important on an international stage. If any party, whether Indian or foreign, decides to prospect for biological resources, they must take permission for this from the National Biodiversity Authority, set up under the 2002 Act.

India has a rich tradition of using biological resources. Both codified and non-codified systems of knowledge exist in the country that specify use of biological resources, especially for medicinal purposes. We have many Ayurvedic and Yunani practices. We also have luxurious brands and pharmaceutical companies that utilise biological resources. The central tenet of the Act though, is sustainability. The use of resources is good to the extent that they don’t run out. But sustainability also means that not only should the resource not run out, it should also be able to regenerate and get replenished. For instance, if we are using a particular kind of wild plant, that plant should be available for future generations, and also have enough stock so it is able to grow in the wild unharvested, so it can perform its own role or niche in the ecosystem.

The Dasgupta review, an independent, global review on the Economics of Biodiversity led by Professor Sir Partha Dasgupta was published in 2021. On sustainability it says we must rebalance our demand with Nature’s capacity to supply: “the human economy is bounded and reshapes our understanding of what constitutes truly sustainable economic growth and development: accounting fully for the impact of our interactions with Nature and rebalancing our demand with Nature’s capacity to supply.”

Previous Columns: Bringing Back The Cheetah

Towards this end, the Biological Diversity Act 2002 has important safeguards for both conservation and sustainability. It has set up the State Biodiversity Board, which is meant to advise the State Government on matters relating to the conservation of biodiversity and sustainable use of its components. It calls for every local body constituting a Biodiversity Management Committee (BMC) within its area for the purpose of promoting conservation, sustainable use and documentation of biological diversity including preservation of habitats, conservation of land races, folk varieties and cultivars, and chronicling of knowledge relating to biological diversity. The BMC can charge fees from those accessing biological resources and then channel funds for ways of sustaining biodiversity. For example, funds may be used to create basic facilities for local communities, building capacity, storing, processing of resources etc. though implementation of the Act has been slow, several BMCs have been made. They work with local communities to create registers of biodiversity called ‘People’s Biodiversity Registers’.

Changes to the Biodiversity Act

Secondly, the 2021 Amendment Bill excludes AYUSH practitioners and practitioners of the Indian System of Medicine who are practicing the same for ‘sustenance’ and ‘livelihood’ from the Act. It says:

“Provided that the provisions of this section shall not apply to the codified traditional knowledge, cultivated medicinal plants and its products, local people and communities of the area, including growers and cultivators of biodiversity, vaids, hakims and registered AYUSH practitioners who have been practicing indigenous medicines, including Indian systems of medicine for sustenance and livelihood.”

This may further mean that companies may disguise their actions as ‘sustenance’ and thus escape paying for biological resources.

By excluding ‘cultivated medicinal plants’ the Bill may also be creating situations for unsustainability. There is no way to tell if a plant is cultivated or wild. And this may create an unsustainable harvest of a rare wild plant that is passed off as a cultivated plant. In many instances, certain plants only thrive in wild conditions and are very hard to cultivate artificially.

It is also to be noted that the original 2002 Act had cognisable and non-bailable offences, and now this section has been removed. Offences can be dealt with on a financial penalty.

The consensus from environmentalists is that the Bill needs further discussion and should have many rounds of expert and public consultation before the Act is altered.