The Story of Three Meetings 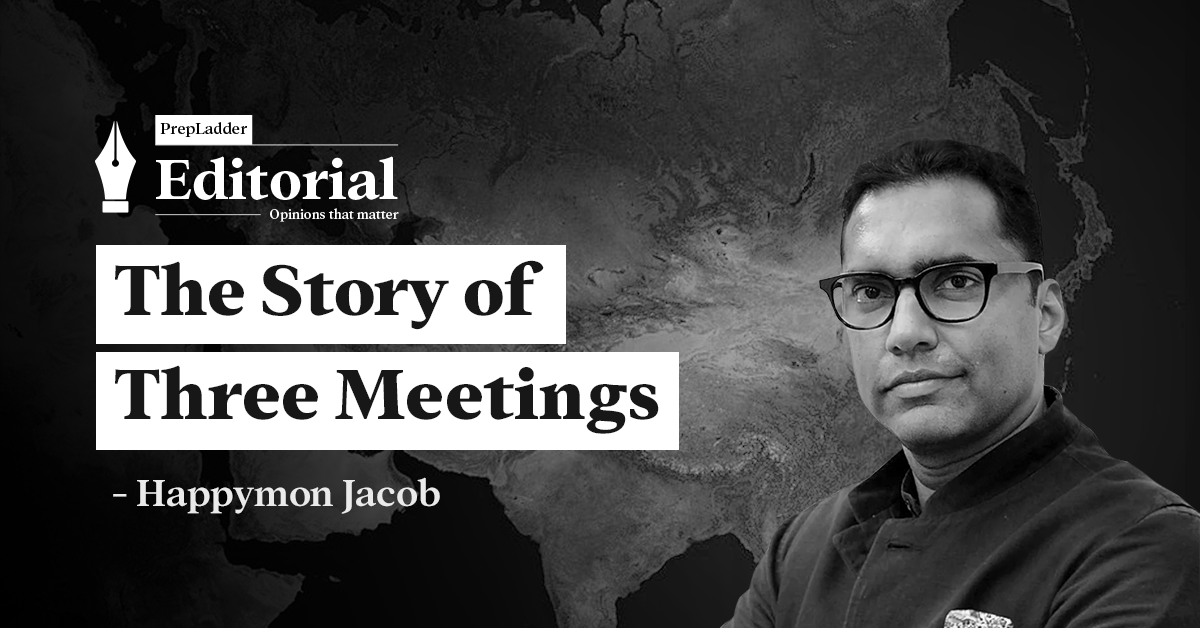 Between February 4 and 11, three important meetings (two summit meetings and one meeting of foreign ministers) were held among major powers key to the Eurasian region’s security and stability. The statements from these meetings – between Chinese President Xi Jinping and Russian President Vladimir Putin on the 4th of February, between Pakistan Prime Minister Imran Khan and Xi on the 6th of February, and the Quadrilateral Security Dialogue (QUAD) Foreign Ministers’ Meeting on the 11th of February – offer interesting insights about the emerging geopolitical developments in the region. Interestingly, these three meetings came in the wake of three other events: India-Central Asia Summit in late January, President Putin’s visit to New Delhi late last year and the recent visit by the five Central Asian presidents to China.

The February meetings and the ones that preceded them are not only indicative of the sharpening geopolitical competition in the Eurasian region but more importantly, perhaps, how India is placed right in the middle it. What is sticking about this unfolding geopolitical ‘rivalry’ is its very complexity. Consider the following. Immediately after a successful summit between President Putin and Prime Minister Modi, Modi’s foreign minister flies to Australia for a meeting of a group that has no love lost for Russia; and Putin files to China, a country that is aggressively encroaching on India’s borders at around the same time China holds a summit meeting with India’s other arch-rival, Pakistan. The Central Asian leadership, with whom India recently revived efforts to enhance and strengthen relations by joining hands with Russia, holds a virtual summit with India before flying out to Beijing. This is as complex as it can get.

The larger geopolitical divide is abundantly clear. On the one hand, there is an emerging China-led bloc, despite Russia’s unsaid unhappiness about it, with Pakistan, Russia, Central Asian states, Iran, Taliban among others. Then there is the opposing bloc led by the United States, of which QUAD is perhaps an imperfect example, with AUKUS being a more accurate example. India, as I said earlier, is caught right in the middle. It is geographically perched right next to its rivals, China and Pakistan; strategically closer to the US than ever in its history; continues to maintain a robust strategic partnership with Russia; and is trying to mend its relations with Iran and Central Asia while keeping its focus on the developments in the Taliban-ruled Afghanistan. Not an easy task, by any standard. Being where it is placed, India is, to use a cliché, directly in the line of fire, caught in this sharpening great power competition unfolding around it for which it has a little penchant for.

On a more positive note, however, these developments also show that India is a pivotal state in many ways. India is part of the Western efforts to push back Chinese aggression, and it is part of the Shanghai Cooperation Organisation (SCO) which China seeks to use as a platform to enhance its influence in Central Asia. New Delhi is also part of the Russia-India-China (RIC) forum which had, at its inception, sought to moderate US hegemony by promoting multipolarity. Today, New Delhi continues to be part of RIC even as it seeks to help the US and its allies to push back China’s rise as a global superpower (or as a counter-pole to the US).

Given such divergent and often clashing interests of these forums, should India decide to just choose sides rather than be part of the competing sides? Perhaps not. For one, being part of the competing forums provides India with the manoeuvrability to navigate the rough straits ahead. Two, choosing not to become part of certain dialogue forums, RIC or the SCO for instance, would only reduce its ability to influence or moderate what happens at those forums. Finally, any decision by New Delhi regarding its dialogue partnerships will need to keep its geographical location in mind.

China in the Driving Seat

If India is a major pivot of the emerging geopolitical competition, China is very much in the driving seat of a new regional order. Be it the summit with Putin or Imran Khan or the one with the Central Asian leadership, China is very much the driver with a grand strategy in mind. As for QUAD and AUKUS, they are essentially put together to address the China challenge. The QUAD statements never mention China thanks to India’s opposition to doing so. New Delhi perhaps thinks that naming China would only make the geopolitical competition sharper, and that doesn’t suit India. Statement by Putin and Xi however refers to NATO and their stand against “the formation of closed bloc structures and opposing camps in the Asia-Pacific region”.

The Sino-Pakistan statement was more modest. References were made to Kashmir and Afghanistan with the Pakistani side underscoring “that Pakistan-China relationship is the cornerstone of its foreign policy”. References to Kashmir are a clear indication of how the Chinese position has shifted from considering it a ‘bilateral issue’ between India and Pakistan to making statements of consequences on it.

Pakistan has of course been growing closer to China. Recall that Prime Minister Imran Khan had declined the Biden administration’s invitation to its Summit for Democracy. In any case, given the poor state of its economy, Pakistan needs China more than ever. It also needs China to consolidate its gains in Afghanistan as well as to stabilise the country at a time when the West is not in a mood to pump billions of dollars into Afghanistan.

Interestingly, the three meetings also focused a great deal on trade and connectivity than just hard security issues. Ample references were made to trade and connectivity, China–Pakistan Economic Corridor and vaccines. In fact, a closer reading of the three statements would show that the cold print had more references to geo-economics than hard security. Great powers may have finally realised that geo-economics eventually trumps geopolitics unless, of course, hard security concerns take centre stage.