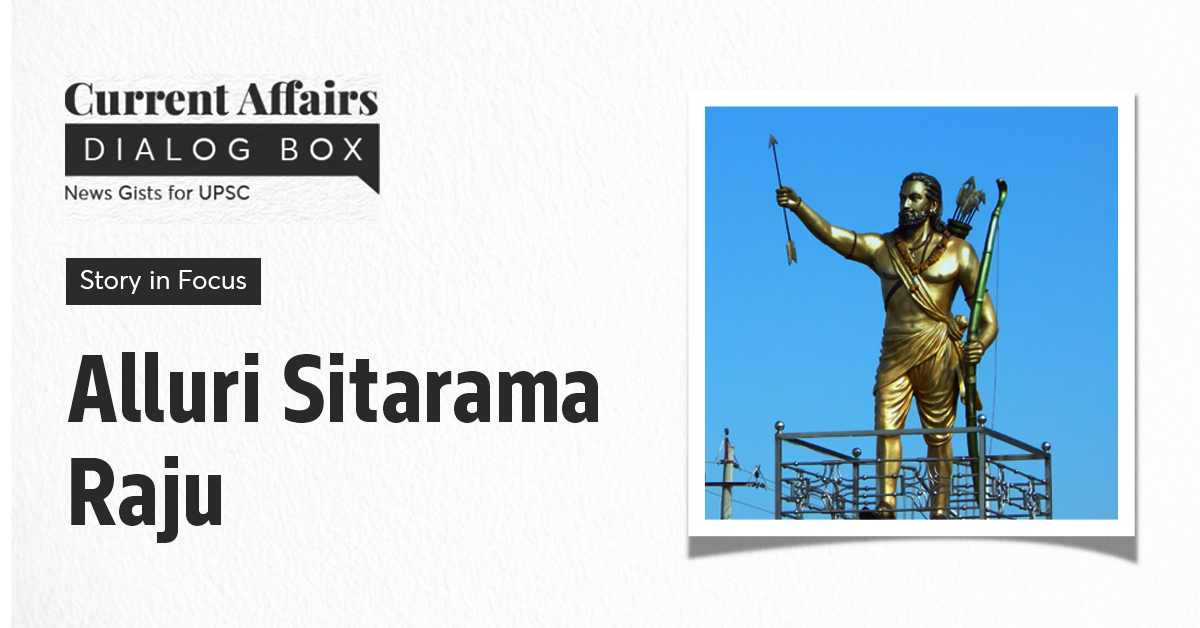 It’s time to upgrade your UPSC CSE preparation with our daily dose of Current Affairs. In today’s edition, we will talk about The Unknown and the Unsung “Alluri Sitarama Raju”.

To celebrate the unknown and the unsung under the Azadi Ka Amrit Mahotsav program, Prime Minister Modi launched the year-long celebrations on the 125th birth anniversary of Alluri Sitarama Raju, on 4 July 2022.

In case you missed our yesterday’s edition of Current Affairs, you can read it here.

Enhance your UPSC Mains 2022 preparation with this insightful video on Psychology of Social Influence (Ethics) by Atul Garg Sir, our DREAM TEAM faculty for Ethics:

The rebellion started under the leadership of Alluri Sitarama Raju.

Rebels attacked three police stations of Chintapalli, Krishnadevipeta, and Rajavommangi in the forests of the Godavari Agency in the Madras Presidency.

They looted 26 police carbine rifles and 2,500 rounds of ammunition.

The armed revolution ultimately ended by capturing & killing Alluri Sitaram Raju in May 2024.

In 1986, the Indian Postal Department issued a stamp in honor of Alluri Sitarama Raju and his contribution to India’s struggle for Independence.

Raju has long been a folk hero in the region, and the 1974 Telugu film Alluri Seetharama Raju, featuring actor Krishna, became very popular.