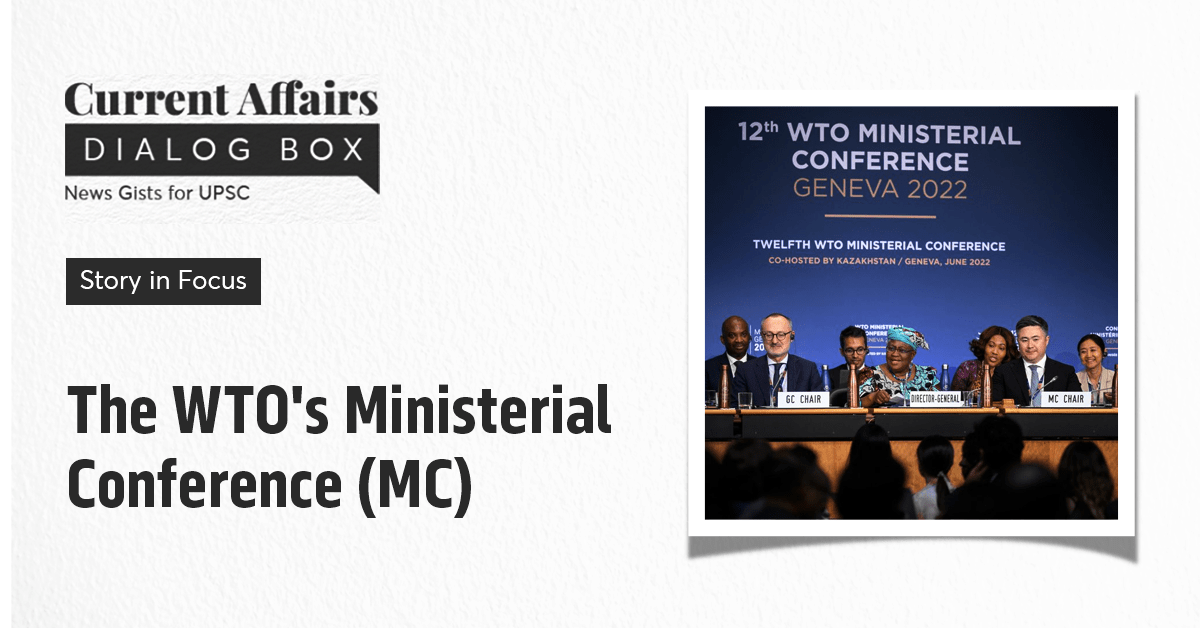 In today’s edition of our Current Affairs Dialog box, we will discuss The WTO’s Ministerial Conference. Navigate through the blog to understand the topic in detail and enhance your UPSC CSE Preparation Online.

For Mains: Important International Institutions, Agencies and their structure and mandate.

The WTO’s 12th Ministerial Conference (MC12) took place from 12 to 17 June 2022 at WTO headquarters in Geneva. The Conference was co-hosted by Kazakhstan. It was originally scheduled in June 2020, but the conference was postponed due to the COVID-19 pandemic.

The Ministerial Conference (MC) is at the very top of WTO’s organisational chart. It meets once every two years. This year’s conference (MC12) took place in Geneva, Switzerland.